Whether it’s a big screen in a theater with a hundred other people, or cozy on your couch watching the small screen, the ability to immerse yourself in the story being told often comes down to the details. After all, how many times have you seen the Internet explode over a misplaced water bottle in a period drama, for example, overshadowing any story elements there might have been?

There are countless people who work on these sets, who plan all of those details, and make hundreds — if not thousands — of decisions about every element that ultimately makes it on screen. But when it comes to actually producing those elements, that’s where print service providers step in.

It’s not a specialty that many shops can boast of, and the ones that excel are even fewer. Those like Astek Wallcovering, which works with a range of customers, and has been involved on projects like the HGTV Brady House renovation (see the article from September 2019); or SCPS, which is well known for the amazing set pieces and projects it has brought to life, including working with Lexus on a series of vehicle wraps celebrating Marvel’s Eternals movie (see the article from November 2021) are just a few of the shops that help bring movie magic to life.

Capturing All That Jazz

Another shop, with two locations in Burnaby and Langley, British Columbia, is Fritzworks. Owner Chris Fritzsche founded the company in 2006, and today has eight full-time employees. “Since we are located near Vancouver, one of the major film and television industry production centers, producing for that market made sense for us. Today our work is about 80% production for television and film, and 20% work for the ‘real world,’” he says. 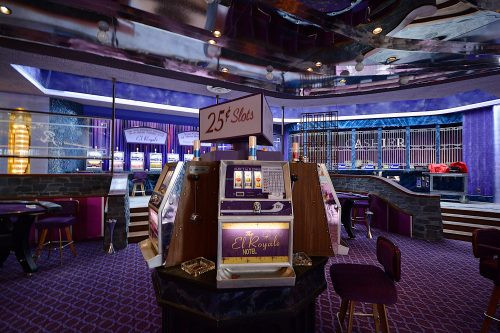 When it comes to production for sets — no matter whether the intention is ultimately for television or movie screens — almost every type of print is on the table. If you can put ink on it, Fritzsche notes, he has probably printed on it. “We produce all types of graphics for television and movies. We do a wide variety of wide-format graphics including backlits, banners, posters, signs, backdrops and windows, and wall and floor graphics. With our UV printer, we print décor elements like wooden or metal signs. We’ve even printed on plastic garbage bags. Whatever the production designers need, we’ll do our best to make it happen.”

The types of projects range from backdrops and scenery pieces, or could range into props or other three-dimensional elements designed to help bring the set to life. And Fritzworks has worked on a wide range of productions that many will recognize. “We’ve done work for many TV series, including Super Girl, Riverdale, The Man in the High Castle, and Lost in Space, and we’ve produced work for films such as Deadpool, Mission Impossible, Bad Times at the El Royale, and The Art of Racing in the Rain,” he notes. 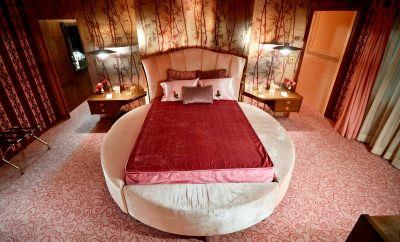 Producing such a diverse range of items, for a diverse range of productions, means having a diverse range of equipment on hand to get the job done. For Fritzworks, that list is impressive. “We pride ourselves on being a one-stop shop,” Fritzsche says. “To deliver on that, our shop has several CNC machines along with 3D printers, dye-sublimation and direct-to-garment (DTG) printers, as well as 11 Roland digital printers, including a TrueVIS VG2-640 64" large-format inkjet printer and a hybrid UV-LED flatbed printer.”

Part of the reason for having such a wide range of technologies isn’t just to say he has a long equipment list, however. Fritzsche notes that timing is one of the single biggest challenges when it comes to working in this vertical, which means he needs to have everything on hand to produce whatever might walk through the door — no matter when it comes or what it is.

“Film and TV requests from the production facilities in Vancouver are almost always rush jobs,” Fritzsche says. “In fact, it’s common for us to get a call about a project while the file is being uploaded. Often, the client finishes the call by saying, ‘our driver is on the way.’ We have excellent staff, and we work until the work is done.”

That said, he notes, it is all worth it when the finished product shows up on screens, and he can point to elements and be proud to claim them as the work he and his team have contributed to the set. “Creating a realistic setting adds so much to the entertainment value of these productions, and we’re glad to have had a small part in making that magic happen,” he notes.

Toni McQuilken has been writing and editing for more than a decade. Her work includes B2B publications – both in print and online – in a range of industries, such as print and graphics, technology, hospitality and automotive; as well as behind the scenes writing and editing for multiple companies, helping them craft marketing materials, write press releases and more. She is a self-proclaimed "tech geek" who loves all things technology, and she knows that she is one of a select group of people who get to do what they love for a living.

How Did COVID-19 Impact Catalogs?
END_OF_DOCUMENT_TOKEN_TO_BE_REPLACED