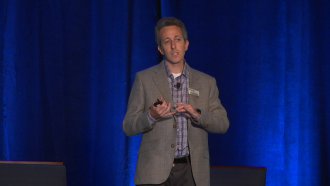 The second day of the inaugural Wide-Format Summit, held July 28-30, kicked off a full day of intensive educational sessions and networking opportunities for attendees from all segments of the wide-format industry.

To kick off the day and put the market into perspective, Nathan Safran, VP, Research, NAPCO Media, took to the main stage to talk about the data that is informing the wide-format market right now, as well as where it is headed in the coming months. Of course, he noted, COVID-19 and the pandemic took a major toll on the space, just as it has for all sectors of the print and graphics industry at large. However, according to new research that will be released in the coming weeks, he said that 86% of print service providers (PSPs) are starting to see an uptick in sales, which is a promising statistic.

“There are certainly still challenges that remain,” he told the audience, “but as it relates to what folks are seeing in your space, this is where we are.”

In particular, he noted that Out of Home (OOH) marketing will see a huge upswing in the coming months, and is a great opportunity for wide-format printers, with growth in this space expected to outpace all other major media formats, Safran noted. That is because of pent-up demand in segments such as travel, entertainment, hospitality, and live events, and the fact that organizations are going to want to create excitement in those spaces that people are once more gathering in.

Retail is another segment that Safran noted will be a key driver, stating that the National Retail Federation, a trade organization for the retail space, is expecting to see the fastest growth in their industry since 1984 — again a testament to people wanting to get out and interact in person once more, instead of doing all their shopping via screens.

That said, Safran also had advice for PSPs looking to break into these growth markets, noting that when these brands and organizations are surveyed, price isn’t even in the top three considerations for what they look for when it comes to choosing a printer.

The first consideration, he noted, is quality, with many stating that even if they have some print equipment in house, they will go to a PSP to get work done if it can be produced with better quality, better techniques, or with different processes. So, he noted, having the right equipment and software to meet even the most challenging demands is going to be a key factor to winning work in these spaces.

The second consideration, Safran stressed, is service. Brands and agencies — the ones buying the wide-format prints — are looking for someone who is a partner, and who is responsive to their needs. They don’t want or need another vendor who just takes orders and then doesn’t call again until it’s time to collect the next set of files. “Treating the customer right will get you more work,” said Safran. “It’s not tangible, but at the end of the day it’s about the quality of your product, and how you treat your customers.”

Finally, he noted, it’s about creativity. Brands are looking for wide-format shops to come to them with new ideas and innovations. They want to be educated as to what the technology is actually capable of, they want to know about the new finishing techniques, but most of all they want to know how these things can help them sell more products or win more customers. PSPs who can walk in the door with new ideas and creative ways to approach marketing and outreach will be far more likely to earn their business. 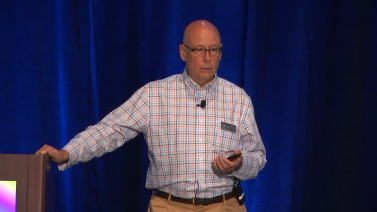 Ray Weiss, director of digital print programs, PRINTING United Alliance, led a session that took a closer look at “Color Measurement Metrics That Matter,” where he stressed that color is all about math and science. “Color is pleasing to look at, don’t get me wrong, but math and science is what you need to get there,” he said.

And these are just the top three things they want to know when it comes to ensuring a shop can actually deliver on the promised color targets. “Everyone needs to know this data,” he said.

Weiss then noted that it’s important for a shop to know the other side of the equation as well — what does the brand or customer actually mean when they say they want good color? What does ‘good enough’ mean to them? And once you know what those expectations actually are, you can then make sure your staff understands the targets they need to meet, ensuring you get great results every time. This, in turn, means customers that are confident in the quality of the work you produce, and will be happy to continue giving you their business.

Automation — No Longer an Option 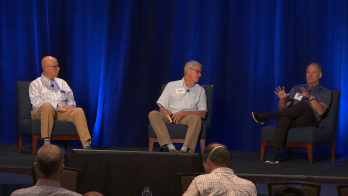 The last main stage session of the day was a panel, moderated by Weiss, featured Paul Lilienthal, president of Pictura; and Rich Thompson, director of AdGraphics, taking a closer look at some of the challenges they’ve faced in their automation journey, as well as where they intend to go next.

For Lilienthal, the biggest challenge right now is trying to automate the front end, after successfully making strides automating parts of his print and finishing departments. He noted that especially as customers have cut back on their own staff, files are now coming in far less prepared to go to press, causing his staff to lose time getting them print-ready. “It’s continuous improvement,” he noted. “It’s never ending,” when it comes to finding new things to automate.

In fact, he noted, rather than try to come in with one big sweeping automation plan that looks to remake the shop from top to bottom, he believes a more successful strategy is to take it in smaller bits, identifying a pain point, and then finding ways to automate as much of it as possible. Not only is it a more economical way to go about adding automation and improving process and flow, but it allows him to really hone in on the places where automation makes the most sense.

“Look for the small wins,” Lilienthal said. “That whole ‘silver bullet’ doesn’t exist in my opinion. So try to find the pain points, the ‘poking the bear’ things, and ask ‘how can I fix that?’”

Thompson noted that “automation changes your whole paradigm. It changes what you can do when you experience automation — you’re faster, more efficient, and it helps reduce errors and mistakes.”

He noted that the front end is a pain point for his shop as well, noting that his shop is “well over a million plus dollars” invested in building their own software solutions, and they still aren’t there. The problem, when it comes to wide-format, he notes, is that it’s not “cookie cutter” work, it is a lot of high-touch, unique jobs, which makes it difficult to find a single automation process that can account for all of the variables.

One place where he has automated quite a bit, however, is in the color management, noting that his shop is G7 certified, making his color more consistent across devices, as well as much more repeatable. “We’ve spent a lot of money on software and processes [for color management],” he Thompson noted, “and it has more than paid for itself. That was a huge part of automation for us — color that is consistent, reliable, and repeatable.”

The Wide-Format Summit is an invitation-only, hosted-buyer event designed to bring carefully-vetted printing professionals and industry vendors for meaningful connections, purposeful discussions, and top-notch networking. To be considered for a future Wide-Format Summit, visit wideformatsummit.com/attend

How Did COVID-19 Impact Catalogs?
END_OF_DOCUMENT_TOKEN_TO_BE_REPLACED