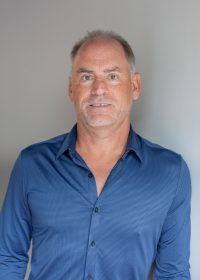 While the spirit of innovation in wide-format is often found in the creation of new applications, the bold adoption of technology, or the move into new, profitable markets, it also extends to profound decision-making of the corner office. For Minneapolis-based Pictura, a wide-format producer serving primarily retail, exhibit and events, interiors, and environments, a recent innovative step was CEO Paul Lilienthal’s decision to sell a percentage of the company to its employees through a partial ESOP (Employee Stock Ownership Plan).

Lilienthal’s background is in the financial services industry, where he worked for 15 years. After the institution that employed him was sold, and following a realization that he had grown tired of banking, he worked with an investment firm to help him locate a business to purchase. Pictura’s then-owner was looking to exit, and Lilienthal bought the company in 2003. Asked whether the company is different today than when he purchased it, he says its offerings have diversified significantly. “We were heavily concentrated in the trade show industry,” he says, “We began to diversify in 2008, adding more fabrics and custom graphics, and expanded into retail and interiors graphics, while focusing on higher-end work that gets us out of price sensitive areas.”

As Lilienthal considered the eventual sale of Pictura, his thoughts from the start were different than most business owners. As the parent of a young adult, he says, “there is not a bona-fide succession plan in place that family members could execute effectively.” The sale of the business to its employees via an ESOP, he says, “was something I was considering for quite some time.” His choice to move forward, he says, was two-fold: to bring liquidity for personal investment diversification, and to strengthen his own estate planning efforts. The result, which was completed in May of this year, and effective as of Dec. 31, 2021, is a partial ESOP at the company, with 30% owned by the employees and 70% continued to be owned by Lilienthal.

An ESOP transformation, or any business sale, requires great attention to detail. Lilienthal says effective preparation was essential — particularly when looking at the company’s financial condition, business trends, and profitability, which ultimately drive valuation. He says he spent more than a year researching the concept of a partial ESOP transaction, a process that included, “numerous conversations with CPA advisors, investment banking firms, attorneys, tax specialists, and banking institutions.” He says the most time was spent identifying the right ESOP Trust Organization and Trustee which represents employees and manages the process. “They essentially become your business partner,” he adds.

A primary goal, he says, was to maximize shareholder value and — more importantly — to preserve overall company health. “We were in a great position coming off the COVID period in terms of revenue growth, financial condition, leverage, and strong profitability, so that definitely helped make the transaction successful,” he says. The company is more profitable today than it has ever been, he adds.

Dialog with the Pictura staff began in November 2021. It was a good time to do so: “We were back on track…, so it was time to get back to business, but not in the way it had been done in the past.” He adds, “at that time, management made a conscious effort to meet with each individual about their performance, role, and the company’s positioning. During the employee meetings, the ESOP was discussed with overall compensation. He says the company had established new business initiatives and devised better ways to manage work and foster profitability. The reactions, he says, were “a mixed bag, with everything from `Great!’ to ‘Not sure what that is,’ to a complete blank stare.”

The ESOP trustee met with management in late 2021 to explain the process and details of the proposed transaction. The decision to proceed was made and the ESOP process continued for the next six months until it finally closed in May 2022. The Trustee met with the entire staff in July of 2022 to present the ESOP plan and how it impacts the employees. Lilienthal says the general reaction was extremely positive with the meeting closing with applause from the employees. However, the employees will not truly understand how the ESOP impacts them until they receive their ESOP stock statement in the fall of 2022.

For many business owners, selling a company can be an emotionally fraught decision. Lilienthal says that because he had been considering the ESOP for quite some time, “that factor had been pretty much dealt with years ago. However, the realization that I was actually in a position to complete the sale seemed a little bit surreal when the sale closing actually happened.” This feeling, he says, was a mix of pride at having completed the transaction and uncertainty at whether it was the right choice. Has the ESOP been an improvement and value-add to Pictura? “We are a much stronger and well-poised company for the future,” Lilienthal says.