3D Printing: How to Get Started and Why You Should

The 3D printing market is poised to take off, transforming industries ranging from health care and aerospace, to product development and cake decorating. In fact, according to industry research published by MarketsandMarkets Research, the 3D printing market is expected to grow by more than 23% annually in the near term, “from $9.9 billion in 2018 to $34.8 billion by 2024.” 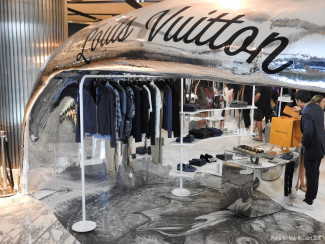 While the technology may seem like a different animal to print service providers (PSPs) today, shops across the nation are beginning to deploy it — and they are finding the growth opportunities to be lucrative and far reaching.

So, how can PSPs go about expanding into 3D printing — and why should they venture into these uncharted waters now?

“In the traditional 2D space, margins are getting smaller as applications are becoming commoditized,” says Kevin Sykes, president, North America, for Massivit 3D. “When you have 10 or 12 companies competing for the same bid, it becomes all about cost. 3D allows print providers to break out of that.”

According to Josh Hope, senior manager, engineering projects for Mimaki USA, PSPs should get off the sidelines simply because 3D printing is becoming more prevalent in the market. “It is a good idea for them to get familiar with the process, software, and workflows,” he says. “Just like any other technology, they may already be working with customers who are outsourcing this somewhere else — and that is revenue they want to bring in house.”

Located in Brooklyn, N.Y., Carisma Large Format Printing LLC was an early adopter of the technology. “For years, we were on a hunt for a way to incorporate 3D into our business,” says Moshe Gil, the company’s CEO. “We are best known for the ways we embellish our prints. Being able to incorporate 3D has allowed us to really bring a print creative to life with dimension.”

In fact, the applications for 3D printing are expansive and growing.

“Opportunities in the market are very wide ranging,” Hope says. “From the figurine market and 3D printed selfies to dimensional and directional signage, packaging prototypes, and product prototyping.”

Sykes notes that traditional signage applications can be enhanced when 3D printed. “Channel letters can be produced, and if you are doing soft signage you can also use our printer to print the frame,” he says.

Other traditional wide-format applications for the technology include short-run thermoforming molds and printing jigs for flatbed UV printers, Hope says. “Those are all great entry points for PSPs who want to dip their toes into 3D printing.”

Gil adds, “As large-format printers, we have found that 3D printing works best for us as a tool to enhance what we do best. Although we have the ability to produce free-standing models, we have found that using 3D to complement our prints is the most effective use. Creating an element of surprise has been what we pride ourselves on.”

So, what exactly does it take to get into this fast-growing market?

As an entry point, says Hope, PSPs should first identify what products they wish to provide and then select the best technology for that product. “There are many different technologies out there,” he says. “If your application is going to require very accurate color reproduction versus another application that requires strength or large scale, there are different products for each of these.” He points to Mimaki’s 3DUJ-553 full-color 3D printer as an option for the former.

Consider the investment you wish to make as well, as price points run the gamut. According to Hope, 3D printers “range from $200 to $2 million. For a professional level printer, you are probably talking about starting with a single-color thermoplastic unit, which costs from $3,000 to $5,000. A prototype-grade machine costs from $80,000 to $300,000, or more.”

And ask the experts for guidance. “Reach out to a company like Massivit about what they offer,” Sykes says. “There are two types of software you need, one is the software that interfaces with the printer, and then there is the design software.”

It is also wise to bring a trained 3D designer on board, says Gil. “Our team includes a 3D designer who uses state-of-the-art computers and software to create valid 3D files for the printer. In addition to a lab filled with desktop 3D printers, Carisma was the first company to purchase and utilize the Massivit 1800 3D printer. This large-format 3D has the ability to print 4x5x6-ft. in a single print.”

As for selecting software, remember that it must be matched to the printer. “There are a lot of different technologies out there,” Hope says. “Free cloud-based software such as Tinkercad, for example. But, if a PSP is designing something more for prototyping, Blender or SketchUp are more enterprise-level options — and they are free.”

PSPs also need to consider the materials involved. “Just like any job they might have, the materials are really critical, and they want to match the material to the application,” Hope says. “From sandstone and plastics to metals that are available, they need to determine what the primary work is that they will be doing.”

The good news for PSPs is that operating the machines is relatively simple. “You are not talking about a ton of moving parts,” Sykes says. “The biggest training or knowledge piece comes on the front end, and the finishing on the back end. You need sanding and painting capabilities, or you can outsource them. Many customers will outsource these processes to an autobody shop. Automotive paints are very popular because of their durability.”

Gil explains, “When we first got involved with 3D, we were the first to employ the print technology of Massivit. Being first to market was difficult. The goal was to do something big and eye-opening to really capture the essence of how 3D would transform out-of-home advertising.”

This vision aligned well with Carisma’s film industry clientele. “Many of our most exciting projects were brought to us by SONY Pictures through our partners at Vector Media,” Gil says. The company counts Netflix as a client as well.

According to Sykes, Carisma’s 3D printing capabilities not only helped the shop edge out the competition during SONY bids, but it also elevated the role Carisma plays in SONY marketing. 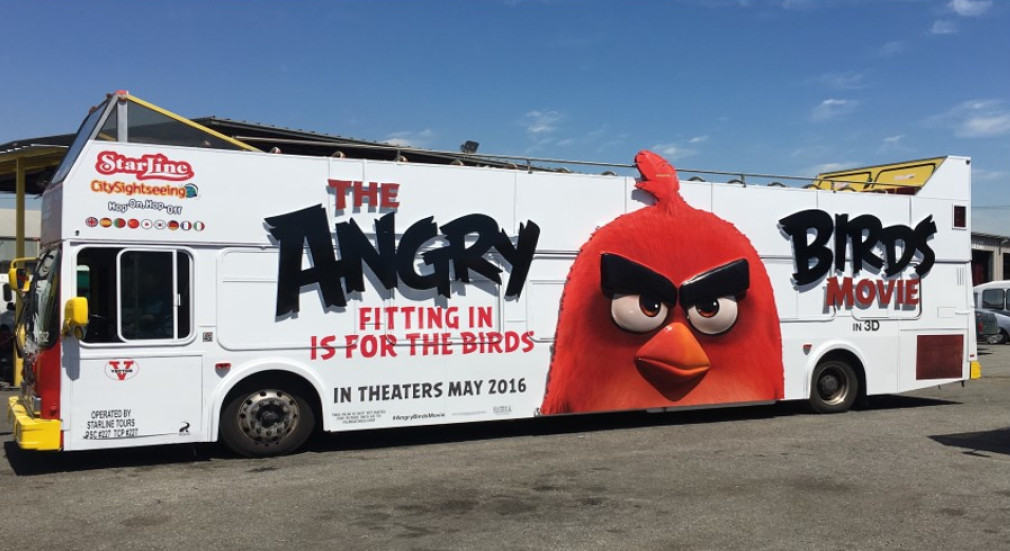 Carisma Large Format Printing LLC created this dimensional Angry Birds Movie wrap for SONY. It was so successful, SONY rolled it out Nationwide.

“SONY wanted a set of bus wraps for The Angry Birds Movie,” Sykes says. “Carisma presented the idea of adding dimension to the wraps, and it was so successful that SONY rolled it out nationally. That changed the whole relationship. Before, Carisma was just wrapping buses like everyone else. Now, anytime SONY does a bus wrap, it is in 3D and Carisma does it.”

Since getting into 3D printing, Carisma has used the technology in wide-format prints for major films, including The Ghostbusters Movie and the Peter Rabbit Movie.

“One of the most complex projects I have seen was created by a designer who wanted to pay tribute to David Bowie when he passed,” he says. “He was a huge fan and wanted to honor him. So, he designed a beautiful 3D car, a design that could only have been accomplished through 3D printing. We have another customer who 3D printed the interior of a Louis Vuitton store.”

Having a 3D printer in house can help a PSP secure traditional print business as well. “Massivit has one customer who had been trying to get a particular company to come in and see its capability in LED lighting — and they wouldn’t give him the time of day,” Sykes says. “But they did come in to see the 3D printer, and the company won a $3 million LED job as a result. So, the 3D printer paid for itself without even printing anything.”

With new, more advanced 3D printers continuing to emerge, where is the technology headed?

“3D printing is moving incredibly fast,” Hope says. “Every day there is a new printer or technology out there. Most PSPs see that 3D is going to be a part of their business, but they are not sure when or how. And most are waiting for a technology that is going to be a mix of lower prices, higher speed, and more flexibility for what they can do with it.”

Regardless, Hope adds, it is important for PSPs to get familiar with 3D printing.

“There are so many ways to start playing around with the technology inexpensively, even if only at home,” he says. “And we have actually seen some companies who have a maker space inside the shop for employees to work with 3D technologies. When the time comes and the intersection of our industries ultimately happens, these companies will be able to make smart business decisions.”

“If you are seeing your margins shrinking and want to diversify your business, 3D printing is something you should investigate,” Sykes says.

And when you decide to take the leap, Gil says, “Think outside the box and do not be afraid to be different.”