The following article was originally published by Promo Marketing. To read more of their content, subscribe to their newsletter, Promo Marketing Headlines.

During expos and trade shows, one of the first things you notice before walking through the doors are the welcome banner signs. They’re massive, and possibly the first in-person impression you have of the show. Have you ever wondered what happens to the banners after a show has ended? Well, for PRINTING United — the 720,000 square foot show that happened this past October in Dallas — they became promotional totes.

First, if you're not familiar with PRINTING United, here’s a quick recap from our previous coverage:

Built on the foundation of the SGIA Expo, the inaugural PRINTING United brought basically the entire printing industry under one roof, with 600-plus exhibitors in just about every print application and segment. The Promo Marketing gang had a front row seat for the show, and now we're sharing our experience with you in case you couldn't make it.

We are here and we are excited! Can’t wait to share more stories with you from the show floor and beyond at #printingunited

After the show, Heather Walker, CMP, senior director of client experience for VisitDallas, sent the PRINTING United crew a box of tote bags. But they weren’t just any tote bags—they were made from PRINTING United banners. 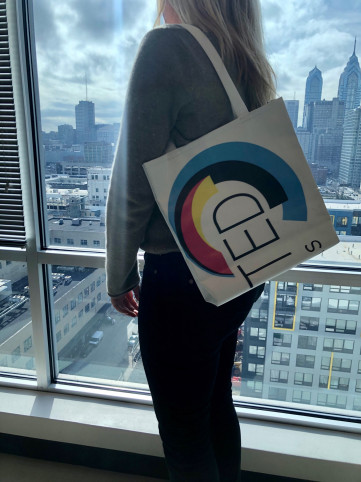 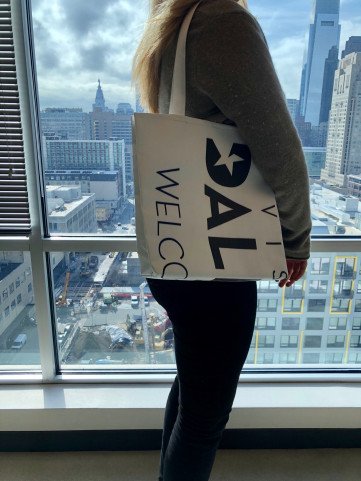 Promo Marketing had the chance to speak with Walker on their idea behind the tote bags, and she explained that they’ve been creating them for quite a few years now. “We started creating tote bags out of our street pole banners for groups around 10 years ago to be more sustainable and help recycle the banners, rather than have them thrown away,” she said.

Walker mentioned that they worked with E. H. Teasley & Co., which was the vendor that created the banners. “They can make pretty much anything out of the banners," she said. "We just chose the totes since they would be used more."

“We are excited to receive these bags from Visit Dallas because it is another opportunity to get our brand out into the world, but also is a good example of how printed pieces can be repurposed for everyday use,” said Lexy Olisko, MBA, CMP, CEM, vice president of expositions for SGIA, Fairfax, Va.

In the past, we’ve seen tons of clever ways to repurpose items, like how one New York-based designer used vintage luxury bags and turned them into matches, folding chairs and more. This was yet another example of how items like event banners can be turned into promotional products, like a tote or bag. As Olisko mentioned, it’s a great opportunity to showcase a brand, but it’s also an item that people will remember forever.

Ramp up social media without ramping up expense!

Gerber Calls on Manufacturers to Join the Fight

How to Overcome Common Segmentation Pitfalls

Getting Ahead of the Next Stage of Coronavirus