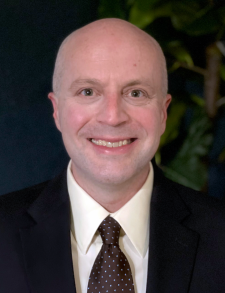 United Industries UltraBoard is announcing the retirement of President Mark Ferm and Vice President Kent Ferm in early 2022. Chief Engineer Wes Paulin has accepted the new role as president of United Industries and looks forward to leading the corporation through its next stages of growth.

Mark & Kent’s tenure at UltraBoard originated with their father, Don Ferm, who founded the company in 1980. The two brothers grew up working at United Industries, finally assuming their own places as company leaders along with their brother, and previous president, John Ferm. “We’ve been through many ups & downs throughout the years, including a large plant fire and COVID in recent years; but the ingenuity and dedication of our workers has shined through and ensured supply of our US manufactured products to the American sign industry,” stated Kent Ferm. “Mark & Kent’s leadership will be greatly missed, but we are perfectly positioned for future growth and this was an opportune time for their exit as we have rock-solid executive leaders in place,” said Ben Strickland, UltraBoard’s VP of sales.

United Industries is currently phasing-in new leadership and looks forward to Paulin’s direction as President. “Acting as our Chief Chemical Engineer since 2013, Wes possesses a solid foundation within the plastics sector that empowers our company with a clear vision for future growth of foam board, polystyrene, and plastics manufacturing operations,' commented Mark Ferm, president of United Industries.

How Did COVID-19 Impact Catalogs?
END_OF_DOCUMENT_TOKEN_TO_BE_REPLACED