"There was work one day, then not the next." This comment from Dave Fogarty, marketing and prepress manager at McGowans Print in Dublin, Ireland, is likely familiar to so many businesses as COVID-19 turned their world upside down earlier this year. Wide-format printers were hit hard, with many having pivoting to producing COVID-19-related items such as safety signage and even PPE to try and make up some of the lost work as regular business dropped dramatically.

While McGowans did turn their hand to COVID-related products, they have a much more unique story to share, which saw the printer step way out of its comfort zone into the B2C space with Cardboard Magic, a range of cardboard products for children that are colored-in and assembled at home for an easy, fun and affordable way to keep lockdown-fatigued kids entertained.

By mid-March, the team at McGowans knew they had to do something, and creating cardboard products is an area in which the business is already expert. However, the success story did experience some initial stumbling blocks. “It took us by surprise, how quickly business nosedived,” Fogarty explains, “it really went off a cliff, and we were stuck. Then one of our structural engineers came up with the initial concept of the color-in playhouse.”

McGowans turned to a convenient and economical way to get the message out there – social media. Fogarty continues:  “We were lucky, as our managing director’s nephew offered his expert services to help with social. He got the numbers going really quickly, and he started reaching out to influencers.” (The Cardboard Magic Instagram page is currently at more than 15,000 followers).

Pivoting to direct-to-consumer is one thing, but dipping a toe in the uncharted waters of influencer marketing is quite another. To many world-leading brands, a successful influencer relationship is the Holy Grail, but it’s not that easy to achieve. Could a traditionally B2B digital print shop in Dublin pull it off? Well, it helped that a number of social media personalities embraced Cardboard Magic and posted about the products to their significant followings. While sticking mostly to well-known figures in Ireland and the UK, they hit the jackpot first time in the American market as singer John Legend and his wife, model Chrissy Teigen, shared their Cardboard Magic products with tens of millions of Instagram followers.

“John and Chrissy chose the castle for their children and posted about it on Instagram, which generated a huge response,” Fogarty explains. “Chrissy then got back in touch to ask if she could buy some more products from us, and she bought some to give as gifts, which was amazing. We sent our safari Jeep, and she posted that on her Instagram story recently too.” 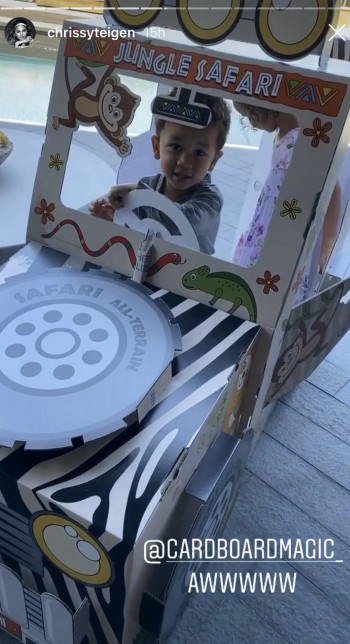 However, it wasn’t just social media and influencers that resulted in in Cardboard Magic’s success; trusty traditional print media played a key part, too. “We were featured in two national newspapers, the Irish Times and the Irish Independent,” Fogarty explains. “It shows that print newspapers still have their place, we could see the spike in sales as people picked up their morning papers and saw the product as the perfect thing to keep the kids occupied.”

As lockdown in Ireland has begun to ease in recent weeks, regular orders have begun to pick up, although they aren’t back to normal operations by any means. Does this mean that Cardboard Magic is approaching the end of its ‘moment’? Fogarty explains: “We did wonder would it lose its traction as lockdown came to an end, and whether there would be any interest in it, but it’s going from strength to strength. We’ve been lucky, we’re selling a nice, eco-friendly product that no-one can really complain about. Funnily enough, the main complaint has been people saying it’s too big for the house!”

The product may still be proving popular, and while a struggle for capacity thanks to a successful side venture is a good problem to have, it’s still a problem. Luckily, this simple but effective product also happens to be quick and easy to produce. Using their EFI Nozomi C18000, the cardboard creations are designed to be customized and decorated, and they are prototyped and digitally cut which further cuts down on production time. “I don’t think it’s going to interfere with normal business,” says Fogarty, “and there’s plenty of room for expansion. The intention is to keep Cardboard Magic going, and to try and grow it into bigger markets. We’ve had inquiries from as far away as Australia, Mexico, you name it.”

As Cardboard Magic’s star continues to ascend, they are going back to their B2B roots as they negotiate large orders with a number of retailers and toy chains. They will continue to also sell directly to end customers through the website, and have their sights firmly set on future possibilities such as Halloween costumes, then Christmas after that.

“I’m not going to say luck didn’t play a part – everything just seemed to coalesce at the right time,” says Fogarty. “It’s been a phenomenal ride, especially to create something that has a viable future. Before the pandemic, it was the customers who brought the jobs to us and we just produced them, but with this, we created everything from start to finish. the concept, the actual engineering of it, the printing, everything was completely generated by us, so to be able to make a success of it is an amazing feeling.” 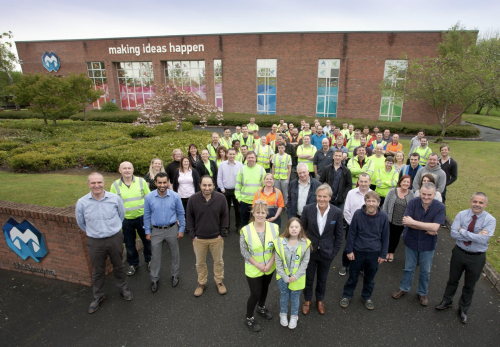 Karis Copp is a U.K.-based journalist and communications specialist. With a background as a writer and editor in the print industry, she writes about print and technology news and trends, reports on industry events, and works with businesses to help them tell their stories and connect with their customers. Follow her on Twitter @KarisCoppMedia.

The Outlook for Print in 2021
END_OF_DOCUMENT_TOKEN_TO_BE_REPLACED