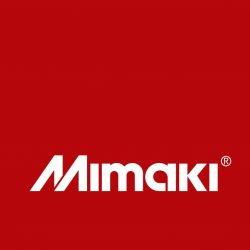 Mimaki USA, a manufacturer of wide-format inkjet printers and cutters, announces the release of the TS330-1600, the flagship model of its new 330 Series. The TS330-1600 is a sublimation transfer inkjet printer that enables high production with superior image quality and new functions to save both time and labor.

The TS330-1600 introduces "Mimaki Weaving Dot Technology (MWDT)," a printing technology that changes the order of ink droplet placement depending on printing conditions. This new technology suppresses the unexpected occurrence of streaks or uneven printing caused by slight individual differences in the print head or subtle deviations in adjustment. Mimaki believes MWDT produces the best solid print quality in the company's history, which is no small feat.

This new sublimation printer features a printing speed of 69m2/h in Draft mode (600x600 dpi, 2Pass), an increase of about 138%compared to its conventional model.

Two optional units, including the "10 kg ink tank unit" and the "Mini jumbo roll unit," which are popular with our other models, are customized to attach to TS330-1600. The large capacity 10kg ink tank can be installed to significantly reduce running costs compared to the standard 2L ink pack applied. The "Mini jumbo roll unit" is a feeding option that can be equipped with Mimaki Vision™ Jet-X Mini-162, our genuine transfer paper of approximately 2,500m length roll that has achieved low running costs. With the lower running costs, these two optional units reduce downtime of ink and media replacement, as well as the reduced workload for customers.

TS330-1600 adopts a new function to prevent conveyance misalignment in long-length media winding. The drive motor for winding, which used to be mounted only on one side, is now mounted on both the left and right sides to distribute the load and strengthen the winding force. The "V-shape cut function" cuts the media into a V-shape, allowing the tape to be fixed at a single point straight against the paper core. Moreover, the "Media edge guide" for assisting in media winding is downsized to make it easier for customers to attach and remove by themselves. Those three additional functions can reduce human error and prevent media feeding misalignment.

As a new cleaning mechanism, the TS330-1600 features a "cloth wiper" to increase the removal of unwanted ink droplets adhering to the nozzle surface. Compared to conventional "rubber wipers," this new wiper reduces ink splattering on the head station and improves maintainability and cleanliness. The maintenance space has been expanded, and LED lighting has been installed inside the central unit as standard, making it even easier to view and use.

"Mimaki Remote Access (MRA)," which allows you to operate the machine panel and confirm the operating status from a smartphone or PC on the same network.

We have also applied "Sb411" and "Sb410" inks to the TS330-1600. All colors of these environmentally friendly inks have acquired "ECO PASSPORT" as an international certification of safety and security against chemical substances for dyes, pigments, auxiliaries, and finishing agents used to produce textile products.

Ink sets are available in four, six, seven, and eight colors. Besides the basic colors of blue, magenta, yellow, and black for four-color ink sets, light blue, light magenta, light black, fluorescent pink, and fluorescent yellow are selectable among 6/7/8 color ink sets that suit your work. The print width of the TS330-1600 corresponds to 1,600 mm, which is frequently used in textile and apparel applications.

The TS330-1600 is compatible with two types of RIP software for printing," RasterLink7," which is both easy to use and highly functional, and "TxLink4 Lite," which is suitable for textile printing, and either can be selected at the time of purchase.

How Did COVID-19 Impact Catalogs?
END_OF_DOCUMENT_TOKEN_TO_BE_REPLACED