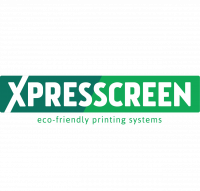 Xpresscreen is pleased to announce the return of Jared Shutt. Shutt originally came to Xpresscreen in late 2009 and was influential in helping to launch the GOCCOPRO series of exposure units as well as heading its technical support team.

Shutt also became known for providing customers with hands on training for their new equipment after purchase.  He built many long-lasting customer relationships during his tenure. In December 2017, he had an opportunity to move on to a position with Specialty Materials, one of the leading manufacturers of heat press film materials in the industry. While at Specialty Materials, Shutt worked on their sales and technical support teams, assisting in finding new customers as well as helping current customers with technical issues. "Shutt is an invaluable member of the Xpresscreen team and we are happy to have him back," says the company.

Are You Poised for Growth as Convergence Continues

How is Your Business Perceived?