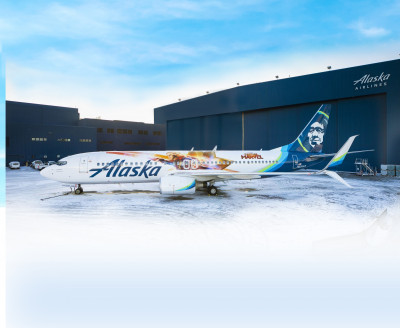 Alaska Airlines wrapped its aircraft in an image of Captain Marvel to celebrate the movie's release.

Recently, Alaska Airlines unveiled its Captain Marvel plane, wrapped in celebration of the Marvel movie that hit theaters mid-March. “This new plane featuring Captain Marvel will delight guests of all ages,” said Natalie Bowman, Alaska Airlines’ managing director of marketing and advertising, in a statement. “We’re excited to showcase a pilot who’s risen to Super Hero status — an image that embodies strength and confidence and inspires future aviators across our expansive network to go further.”

The shop that produced the wrap, Avion Graphics, based outside of Los Angeles, Calif., is one of just a handful of printers in the United States certified to wrap airplanes. Another, AdGraphics, based in Pompano Beach, Fla., has been involved in a wide range of aviation projects as well. Rich Thompson, president of AdGraphics, sat down with Wide-Format Impressions to talk about the challenges inherent in wrapping aircraft. 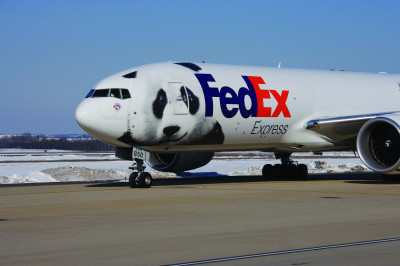 First and foremost, Thompson stresses, this isn’t like wrapping a vehicle. “The risk and liability involved is not a small thing,” he says. “This needs to be taken seriously.” Getting it wrong can ground a plane, as material peeling off at the wrong time could end up in the engine — with catastrophic results. To that end, he notes that 3M offers a certification class that teaches installers how to properly handle these types of jobs. And only those who are certified are allowed to purchase the specially-made material.

These aircraft decals for Cayman Airways were digitally printed, then cut on an AdGraphics digital cutter.

Speaking of material, Thompson notes that there is a very specific material used to wrap airplanes of all shapes and sizes. The vinyl used has perforation holes designed to allow air to escape at high pressures. “Think about what happens when you’re on a plane and the cabin is pressurized,” Thompson says. “Some of that pressure can leak along the seams, and when that escapes from the interior, it needs to be able to go out without having anything impede it. If you put a big sheet of film or a decal on there, the air trying to escape will create a bubble and push it off. That’s not a good thing.”

For most aircraft wrap projects, the airlines have an engineer who is responsible for the maintenance and working condition of each plane. Thompson notes that installers work with these individuals to ensure all the correct paperwork is filled out for any given project, and that everything is FAA compliant before the job is completed. 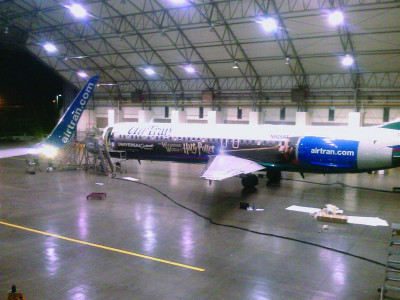 Beyond promoting popular movies hitting the theaters, Thompson notes that there are a wide range of reasons both airlines and brands turn to aircraft wraps. Some want a logo that is cheaper and easier to replace and refresh than paint, but with the intention of leaving it in place for years at a time. Others want to promote a special event and want the aircraft to reflect that occasion, with graphics that are only in place for days or weeks. Thompson notes that he has worked with movie studios to wrap planes in period graphics for specific scenes, and he has worked with celebrities and the ultra-wealthy to personalize their own aircraft. The cliché “the sky is the limit” has never been more apt.

Jim Raffel on Paperless-Production for Graphics