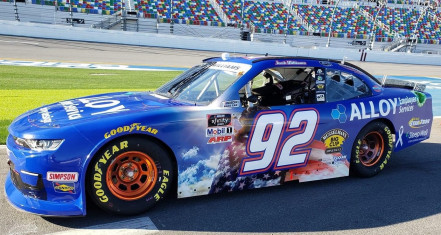 General Formulations is proud to announce that we will once again be sponsoring NASCAR Xfinity driver Josh Williams for the 2021 season. General Formulations strategic sponsorship with Josh started in 2016 and has now evolved into a relationship with the entire DGM Racing Team. All the DGM Racing Teams’ cars and haulers will be wrapped with GF 230 AutoMark Vinyl and GF 242 Optically Clear laminate throughout the entire season. General Formulations will be the primary sponsor of the #92 Chevrolet Camaro at the NASCAR Xfinity Series race on Saturday, August 21st at the Michigan International Speedway.

“We have been a proud vinyl sponsor of Josh Williams Motorsports since 2016. Our longstanding relationship with Josh has given us an opportunity to grow our brand and align ourselves with a highly reputable driver and sport,” states Matt Edwards, Product Manager, General Formulations. “We wish the entire DGM Racing team a successful season and are cheering them on!” 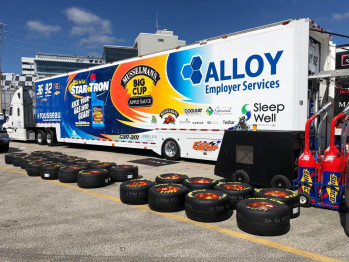 "General Formulations has been with me since back in the ARCA series when they provided the materials to wrap my first ever handprint car for the Josh Williams Hospital Tour. To have them now in the NASCAR Xfinity Series and even extending into the NASCAR Cup Series is exactly what you want to see for any partner,” states Josh Williams, NASCAR Xfinity Series Driver for DGM Racing #92. “Our cars are always noticed and complimented, and it is a true testament to the products we use. I'm proud to be part of #TeamGF and look forward to having them with me throughout my entire career and their products on every car I drive."

“Do yourself a favor and switch to General Formulations!” states Mario Gosselin, DGM Racing Team Owner. “Our cars look phenomenal on the track every week thanks to their vinyl that produces vibrant colors and high shine, all while being able to withstand the high speeds and outdoor elements, we subject them to.”

How Did COVID-19 Impact Catalogs?
END_OF_DOCUMENT_TOKEN_TO_BE_REPLACED