Esteemed Industry Leaders Named to SGIA Board of Directors for 2018

SGIA (Booth 2245) announced Edward Cook Jr. of ECI Screen Print as Chairman of its 2018 Board of Directors. Cook was appointed along with incoming First Vice Chairman Thomas Cooper of WestRock Merchandising Displays and Second Vice Chairman Scott Crosby of Holland & Crosby Limited. Rich Thompson of Ad Graphics will serve as Immediate Past Chairman. 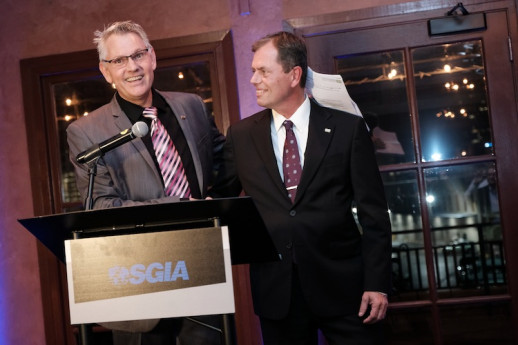 The Outlook for Print in 2021
END_OF_DOCUMENT_TOKEN_TO_BE_REPLACED