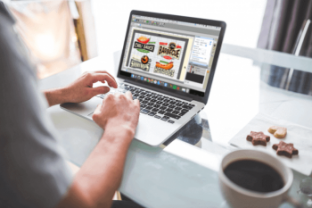 EasyCut Studio, a developer of sign-making and specialty graphics solutions, recently announced the global availability of Easy Cut Studio 5.016, the company's newest software version release of industry-leading vinyl cutting software. The latest build of the software is fully supported by many industry-standard vinyl cutters, including the BDF Vinyl  Systems, CUYI, Dragon, Blacksail, and ROHS brands. This version also brings a range of new innovative features, including new OS support, several new drivers, as well as performance optimization, and several minor bug fixes. It is now being rolled out to global customers and company distributors.

An advanced vinyl cutter is not complete without suitable design and cutting software. Easy Cut Studio is developed with the user in mind. That's why our cutting software not only provides a user-friendly and intuitive interface but also provides all common functionalities specific to cutting programs. The software is great for both novices and more experienced users and compatible with over 500 different vinyl plotter models on the market. Ready for the latest Mac OS and available in multiple languages.

“The ability to cut vinyl has been around for a long time. What we've done is used the same cutting hardware to make your cutting jobs easier, more efficient, and reduce material waste,” said Eric Lee, Product Director at EasyCut Studio. “The new upgrades to our easy cut studio software offer significantly increased functionality to users of the vinyl cutters solutions, The response that we have had from end-users, as well as our reseller channel who have seen the preview to this release, has been outstanding.”

Easy Cut Studio is compatible with all Windows versions, including the newly released Windows 11 and Windows 10, 8, 7, Vista, and XP systems. as well as Mac OS X 10.10 and above computers, The lifetime version is the best value price: $59.95 USD.

How Did COVID-19 Impact Catalogs?
END_OF_DOCUMENT_TOKEN_TO_BE_REPLACED