Commentary: Kudos to Printing Industry Executives Willing to Share Their 'Truths From the Trenches' 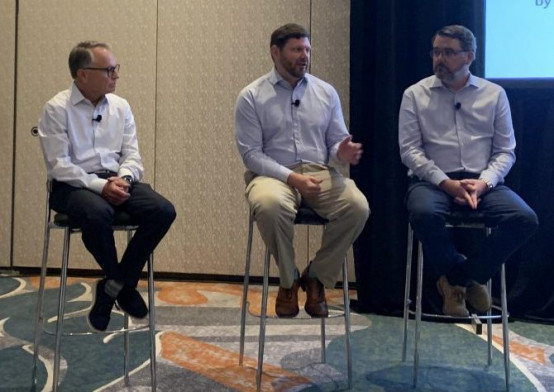 One of the favorite aspects of my role as the editor-in-chief of Printing Impressions is to participate in industry conferences and user group meetings like HP Dscoop, EFI Connect, Canon thINK Ahead, and others. I’m always impressed by the willingness of printers to share their knowledge, best practices — and even some of their shortcomings — with industry peers, including direct competitors in some cases. Despite the competitive, tight-margin nature of our industry, most printers are more than willing to share stories about how they’ve positioned their businesses for success, and where they had to pivot or even failed.

Such was the case with the eighth annual thINK Ahead user group conference (click here for more editorial coverage) for Canon Solutions America production inkjet customers, which was held July 18-20 in Boca Raton, Florida. Similar to their involvement in industry peer groups, printing execs who frequent user group meetings share a sense of camaraderie and often develop lasting friendships.

The printer peer-to-peer interaction that takes place at these types of gatherings often entails honest, unfiltered advice, which is invaluable when it comes to CapEx expenditures and other key decisions, as well as overcoming business challenges.

One example was a commercial printing breakout session at thINK Ahead. It featured three very different companies that encountered tipping points requiring them to alter their businesses.

The senior statesman on the panel was Jeff Alexander, president and founder of Alexander’s Print Advantage in Lindon, Utah. He was joined by Hunter Johnson, who recently became CEO of his family business, JPS Graphics, in Dallas. The third panelist was Tom Chapleau, VP of client services at the Quantum Group, in Morton Grove, Illinois.

For Jeff Alexander, a key tipping point was in 2000-2001 when fears about Y2K proved to be miniscule compared to the impact of 9/11. Producing a lot of software manuals at the time — and with a history of developing its own custom software — Alexander’s became a pioneer in the Web-to-print (W2P) space, even though it took another five to six years for W2P to really take off. “We realized that you have to use technology to drive print, rather than going out to find jobs,” Alexander related.

He described how the company evolved into building an automated workflow to track one-off, all-digitally-printed, custom products. By connecting through an API, Alexander’s now prints and ships a range of print-on-demand products. These include its main specialty in photo books and other photo products (Chatbooks became its first photo book customer in 2015), as well as a mix of direct mail, books and journals, and cards and invitations.

Hunter Johnson related how JPS Graphics, like many other printers, was hit hard by COVID, experiencing a 23% revenue drop in 2020. It forced the book manufacturer to analyze its product mix, which led to the decision to focus efforts more on serving the corporate training market.

The flip side of the COVID-driven loss of business JPS experienced in 2020, however, was the sales boost it subsequently experienced in the K-12 educational sector, largely driven by all the federal stimulus money that school districts received.

Quantum produces 150 million variable and conventional direct mail pieces annually, and fulfills 1.5 million packages every year. It, too, had to pivot. “We had a good cost structure around manufacturing, but didn’t have a good handle on the auxiliary services that we weren’t getting paid for,” Chapleau related.

When asked what they might have done differently, Chapleau admitted that Quantum spent too much time studying spreadsheets and, as a result, started to lose customer focus on how to bring value through its products and services.

Johnson relayed how JPS talked ad nauseam to its employees about driving revenue growth by targeting learning organizations to build its sales back. “But we realized we had to try to do a better job on relating what our greater purpose is, rather than just [achieving] financial milestones.”

Alexander pointed to some equipment purchases that didn’t provide the productivity gains he expected. “Where some people try to over-analyze, I just make a decision and move on,” he noted. “Being a family business, we can make decisions quickly, and we’re not afraid to fail.” Even so, Alexander remains committed to finding the right automated equipment to drive productivity, especially given today’s lack of skilled workers.

Whether a conference, peer group meeting, or a big trade show like the upcoming PRINTING United Expo in Las Vegas this October, face-to-face networking and learning opportunities are well worth the time away from your printing plant.

Digital Out of Home Integration into OPENRTB

As Industry Leaders, We Know What We Know