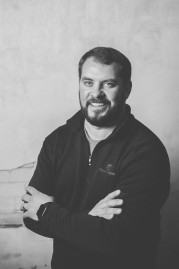 The first in a string of promotions, Geneva Capital is pleased to announce Andrew Cavers as the company’s President, effective January 1, 2020.

Cavers joined Geneva Capital in 2005 as a Regional Sales Manager primarily focused on providing equipment leasing and financing solutions to the Southeast region of the US. For the last 12 years he’s been the Director of Sales overseeing a division of Regional Sales Managers across the nation. Under his leadership, the division expanded into several new markets and experienced a 680%+ growth in sales.

Regarding Cavers’ promotion to President, Mark Watkins, Geneva Capital Founder & CEO, said, “This promotion was a natural progression for Andrew. Not only is he a well-respected member of the Geneva family and fierce advocate for our company culture, he has the proven track-record, intellect and people skills needed to lead our team to the next level of our goal-oriented journey.”

Stepping away from his sales role, Cavers will focus on Geneva Capital’s long-term growth initiatives and work to guide the company toward their vision of becoming the nation’s premier equipment finance solution in their respective industries.

The Director of Sales vacancy left by Cavers will be immediately filled by Troy Putnam, previous Regional Sales Manager for Geneva Capital.

The Outlook for Print in 2021
END_OF_DOCUMENT_TOKEN_TO_BE_REPLACED