How to Make a Non-Standard Ink Set Conform to Standard

Recently I was hired to do a G7 Master Printer Qualification for a large folding carton printer. The customer assured us that they were using ISO/GRACoL compliant inks and paper, but upon gathering some color measurement data, on our first press run with linear plates, we found out the straight skinny.

We took measurements, analyzed results, made adjustments, and honed in on the ideal solid densities for this setup. From our first press run, we generated G7 curves and entered them into the plate-setter RIP. We then output a new set of plates to verify our results. Our findings were that the inks and paper being used were, in fact, not specifically formulated to the GRACoL specs.

We had a very small window to pass G7 Targeted category – solid ink colors (CMYK), overprint/trap colors (RGB), gray balance, and paper white – by a slim margin. The reason we were barely passing was due to two things:

Here’s a graph that tells the story of the ink colors:

The graph above shows two color gamuts: the measurement (outlined in black), which is the press with G7 curved plates, and the reference (outlined in green), which is GRACoL 2013 Coated (aka CRPC6). The arrows drawn on the graph represent the Hue Angle(s).

You can clearly see that the solid cyan and solid magenta, seen in the outer corners of the gamut graph, do not align with the standard hues. The cyan extends out and is too blue, and the magenta is too red. These issues combined is then throwing the blue overprint (100% cyan + 100% magenta) off, making it too magenta in comparison to the standard.

Now to be clear, these inks were printing beautifully. They were more saturated/chromatic than the standard inks, because they were further from the center of the color space (which is paper white/neutral gray axis). The problem was, while these inks were printing nicely, they did not match the GRACoL standard, nor the customers’ in-house proofs. Since proofs were matching GRACoL specifications within extremely tight tolerances, the goal with this job was to compare to and match the GRACoL spec as well.

Matching the Press to the Standard

With all this data and analysis, the question arises: what can be done to make this press match the standard better? Let’s explore the options.

Option #1: Change the inks. In this case, at least the cyan and magenta inks. However, this was not an option for this company. They were tied to this ink set and could not change it.

Option #2: Manipulate (convert) the artwork. In this case, we were only using two-dimensional curves. With 2D curves, we can only change tints/tones for each color through the tonal range; we cannot change the 100% solid – which would be the color of the ink itself. But if we create an ICC profile, we can convert the artwork with this definition to force the artwork to match the standard with a non-standard ink set. Take a look at these examples…

This is the press form in the GRACoL color space, so this is what their proof looked like: 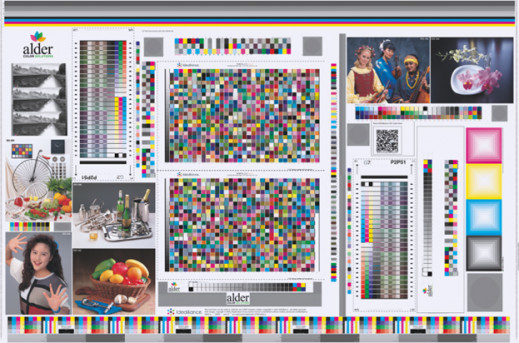 But this is what it would look like on press: 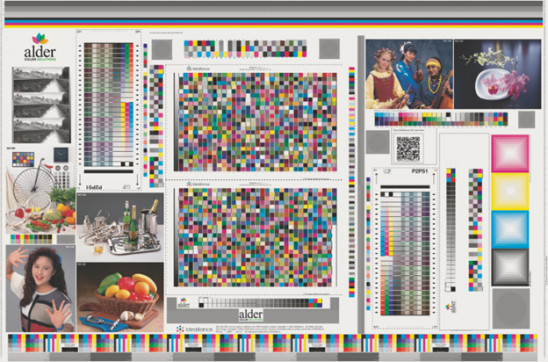 As you can see in these images, there is a dramatic difference in proof versus press output. In addition to the ink issue, we needed to address the difference in paper color, as well. This can be handled with a substrate corrected version of the standard (CRPC6).

For this, we’ll use two things: an SCCA version of the GRACoL profile, and an ICC profile of the G7 curved press.

The substrate calculator spreadsheet will be needed for this task, and is available for download from IDEAlliance. Alternatively, software programs that include this functionality (like Curve4 or ChromaChecker) can also be used. Software to convert the artwork using the press profile (like Photoshop, or better yet a dedicated color server like Alwan ColorHub or ColorLogic Zepra) will also be needed.

Here are examples of the new “GRACoL” proof (substrate corrected):

Versus the converted artwork: 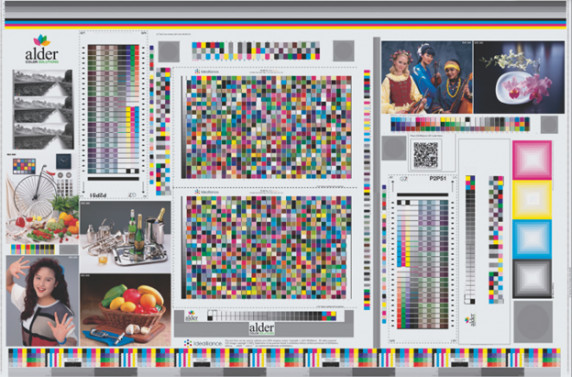 In a straight ICC transform, the solid CMYK values will not be preserved – meaning they will be process builds. This is normal and how we’re able to change the color of solids without changing the physical inks. When you make plates and print this new converted file, you will end up with screens in the solids. This can be a red flag for a press operator, so you'll need to explain to them what is going on with this new "match" to GRACoL.

In summary, it is critical to compensate for the differences in your particular papers and inks compared to the standard you’re trying to match. Using color science/software in the ways I’ve outlined is the most accurate and efficient way to reach the tightest conformance achievable.

Dan Gillespie began his professional career in the newspaper industry, where he honed his skills and became proficient in desktop publishing, scanning, and color separation/reproduction for cold-set web printing.  He then went to work for a national graphic arts reseller, GE Richards Graphic Supplies, as an application specialist - training clients in graphics related software. In 1999 he started ColorGeek Inc., solving color workflow problems for photographers, printers, publishers, and converters. In 2010 I went to work for Color Management Distribution where he was the Director of Technical Services until November, 2018 when he became the Director of Technical Services for Alder Technology.

Why Color IS a Management Issue

COLOR22 Day One - Color Management for Everyone

How Did COVID-19 Impact Catalogs?
END_OF_DOCUMENT_TOKEN_TO_BE_REPLACED