As He Retires, Patrick Henry Bids A Fond Farewell to the Print Industry 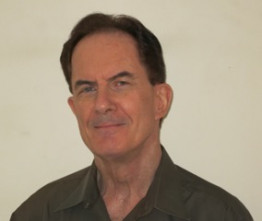 As of Memorial Day weekend, I’m stepping back from a full-time role as a trade journalist to the graphic communications industry. That became my job description in 1984, the year I landed a position as an editor for a weekly publication that covered the printing industry in the New York City metropolitan area.

For me, two things illuminate how much time has passed between then and now, and how much the world has changed in all those intervening years.

One is that I found the job through a classified ad printed in a daily newspaper famous for them (The New York Times). Printed employment classifieds still exist, but when we see them nowadays, they tend to strike us as the fossilized remnants of an antediluvian age. The other is the fact that there was a weekly printing trade publication I could go to work for. Putting out anything of that frequency for almost any industry, and certainly for this one, isn’t a sustainable publishing model any longer.

But it was sustainable, and then some, in New York City in 1984, because the metro area was still teeming with printing companies and the related businesses that supported them. That was our advertising base: trade printers, plate shops, typographers, photo studios, graphic designers, binderies, brokers, paper merchants, equipment dealers, engravers, foil stampers, and thermographers — all of them with products and services to sell to the commercial printers (along with a number of in-plants) that made up our fully-paid base of subscribers.

What a winning proposition: ads streaming in as if from a firehose, and every copy of the publication subsidized by its subscription-paying recipient. Our weekly folios ran to 48, 64, 72, and sometimes more pages. The display ads raked in cash, and the trade classifieds – page after page of them, in the back of the book – often did better.

I can’t remember the exact details of how we managed to fill the editorial space that the advertising bounty created. More ads to run meant more signatures and pages to print, and more pages meant more copy for editors to crank out. I do recall many hours of hammering away at a manual typewriter, and later at an electric one, and still later at a primitive word processor, with an eye on the line count and another on the clock ticking down the deadline. If that kind of pressure improves one’s writing, I may have written well. I know I wrote a lot.

Today, trade publishing is as different from all of that as a digital inkjet press is from an original Heidelberg Windmill. Print still anchors the activity, but we’ve added e-newsletters, live and virtual events, webinars, online education, and, lately, topical teleconferences to the outreach. The goal, though, remains the same: to foster a community of interest in which printers can learn from each other in an industry that succeeds when all of its members know how to strive for peak performance.

But this, of course, wasn’t the kind of trade publishing we knew in 1984. Our model couldn’t last, and it didn’t, primarily because our advertising base evolved beyond it.

Vertical integration – printers acquiring their own capabilities in platemaking, bindery, and other services traditionally purchased from trade vendors – was still a new concept in the New York metro area. But, some printers were starting to embrace the idea, and, in search of the extra plant space they would need, these shops began moving out of the industry’s historic enclaves in lower Manhattan. Some traveled as far away as New Jersey – a long march for metro-area printers at the time.

The migration left the trade service providers with fewer customers to service in the “clusters” of printing companies and trade shops that the industry in the metro area had always consisted of. But, despite their concentration, the clusters – often spread over multiple floors in a single building – weren’t always logistically efficient. Worse for them, they occupied manufacturing space that New York City’s real estate industry was determined to convert to other uses once the industrial tenants’ leases began costing them more than they could afford to pay.

The intersection of these trends had an inevitable effect on our advertising base, and on our advertising revenues. Industry shrinkage through mergers and acquisitions, along with attrition stemming from business closures, had begun to whittle away at our circulation numbers as well.

But, as it always does, the most irresistible force proved to be technological change. My great good fortune as a graphic arts journalist was to have accepted the assignment in 1984 – the year in which nearly everything about print manufacturing started to reinvent itself for a future that became the present with almost bewildering speed.

The milestones are famous. Their consequences for the industry were profound, and none more so than the desktop publishing innovations of 1984-85: GUI (graphical user interface) personal computers, page creation software, laser printers, film imagesetters, and the revolutionary PostScript page description language to tie them all together. (R.I.P. Dr. Charles “Chuck” Geschke, 1939-2021, co-creator of PostScript with his colleague Dr. John Warnock.)

Desktop publishing would erase large swaths of the professional typesetting business in New York City and elsewhere. It was the industry’s first experience of digitally driven creative destruction: innovation displacing that which has ceased to be innovative. It was only the opening act.

Computer-to-plate systems rang down the curtain on film stripping and conventional platemaking, sending more trade shops into obsolescence. Scanners and color electronic prepress systems did the same for shops specializing in film-based color correction and retouching. Even the industry’s bicycle messengers weren’t spared: digitized job files and modems turned them into the equivalent of the old Pony Express.

The printing I began writing about in 1984 was almost entirely analog (including the paper pasteups we cobbled together to lay out the editorial pages for the weekly). Today, little about print production isn’t digital except for the physical finished product. “Digital” refers both to the creative design of the product and to the workflows that control its manufacture at every stage of the process. No stage has been left behind – the transformation is end-to-end.

The shift from analog to digital has been relentless. What impresses me as much today as it did 37 years ago is how open to change printers have always been, as painful as adapting to change can be. Obliged to rethink, reevaluate, and reinvest, they simply face facts and do what needs to be done to secure the future of their businesses. This is why we continue to have a printing industry in being today.

But, it hasn’t survived in anything like its original dimensions. New York City still has a printing industry, but many of its once-predominant sheetfed and web shops are long gone. Nationally, the industry probably comprises only about a third as many establishments now as it did when I began covering it. Electronic alternatives to print, economic stress, and the consolidation that naturally occurs in mature industries like printing inflicted many casualties.

I’ve often asked myself what distinguishes the survivors. The answer I keep coming back to is courage – a kind of courage that I can’t speak to directly from my own experience, but that I recognize as an expression of the virtue in its noblest form.

As a journalist to the printing industry, I’ve been its witness and, I hope, its competent chronicler. But, I’ve never been one of its prime movers. I’ve never had to make a payroll, pay off a note on a press, or wonder where the next shift’s worth of work is going to come from. I’ve never had to safeguard people who work for me from a pandemic. My admiration for entrepreneurs with the guts and tenacity to accomplish all of these things is boundless.

So is my gratitude to every printer who has ever shared his or her knowledge with me. I’m humbled to this day by the frankness and generosity I’ve almost always encountered in the people whose stories I’ve tried to tell. Whatever intellectual capital I’ve accumulated, and whatever reputation as a writer I’ve managed to establish over the years, I owe to you all.

In this sense, I step back from an industry that’s the same as it was when I first found it. Printers are still intrepid and forthright. The pace of technology still leaves me feeling as if I’ve overslept and missed new information that I really need to capture. In retirement, I can look aside from the printing industry, but I can never entirely look away. I already know that somewhere in it, things are going to be happening, and that this old reporter is going to want to be on top of them.

Let’s call that the fresh spirit of 1984, and my most sincere hail and farewell to this marvelous industry in 2021!

Wayfinding Signage in the COVID Age: Moving From Alarming to Engaging

Explore the History of Signs in This Infographic

Digital and Print Signage in Retail

The Outlook for Print in 2021
END_OF_DOCUMENT_TOKEN_TO_BE_REPLACED