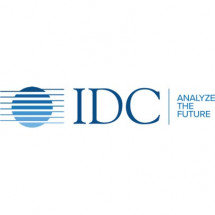 "Shipment growth in the Europe, Middle East, and Africa (EMEA) region offset declining shipments in the Americas and Asia/Pacific regions, driving modest total shipment growth overall," said Tim Greene, research director, Hardcopy Solutions at IDC. "Around the world we continue to see solid growth in technologies such as UV-curable and dye-sublimation inkjet printers. Many of the new solutions coming to market are based on these technologies with additional vendors jumping into these technology segments."

2021 State of the Industry Report: The Economic, L

The Outlook for Print in 2021
END_OF_DOCUMENT_TOKEN_TO_BE_REPLACED