It's not every day that a billboard goes viral, but over the weekend, a 3D billboard for Netflix's new "Resident Evil" series blew up on social media. The billboard, which features a disturbingly entertaining "licker" from the series, was installed in NYC's Times Square a few days before the season 1 premiere on July 14.

Resident Evil bursts onto Netflix in 12 hours! Just like this Licker burst out of a NYC billboard! pic.twitter.com/z4SvlJk0Pv

Although the billboard has been described as "terrifying" by some, there's no denying that it's been effective. It has got people talking about the new series, regardless if they're interested in watching it.

Netflix isn't new to engaging and elaborate billboard marketing. It seems to have been updating its Los Angeles-based billboard for the hit show "Stranger Things" with fun sayings to get fans excited for the show at various stages throughout the series.

This video, which was posted on YouTube in February, teases the launch of Volumes 1 and 2 of the fourth season, which both premiered this year. A recent update to the billboard plays off of the status of one of the characters after the the first volume left their status in question.

Netflix is known for creating eye-catching billboards to market its shows. In fact, multiple Netflix campaigns were named 2022 Finalists in the annual OBIE Awards, which honors creative excellence in out of home (OOH) advertising. 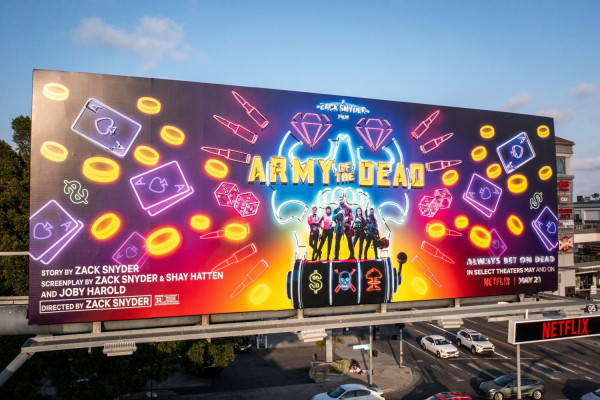 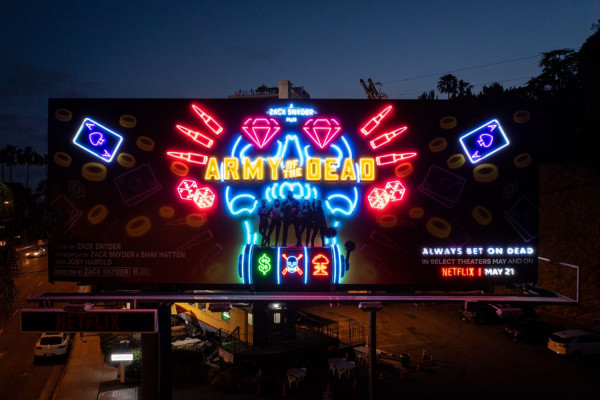 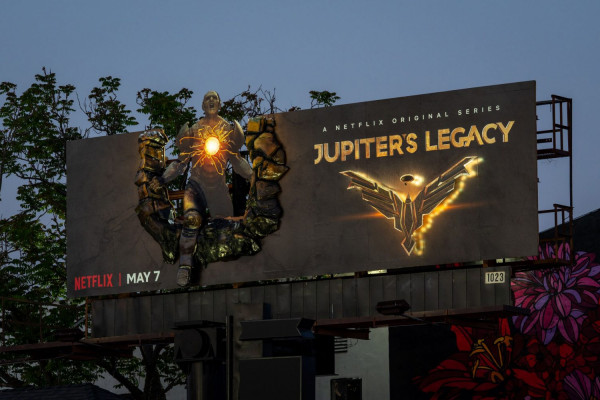 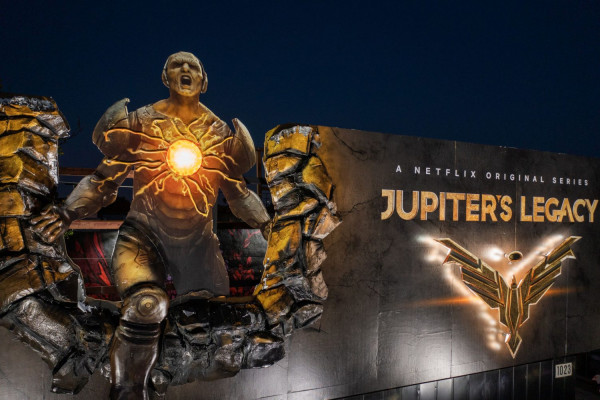 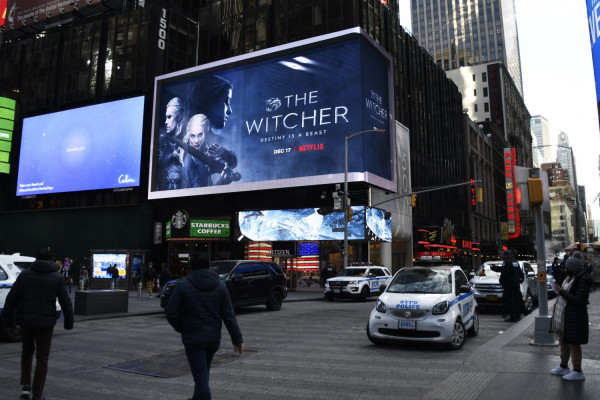 And while it's obvious that Netflix absolutely nails its show marketing, it should come as no surprise that it uses billboards so heavily. It's proven that OOH advertising is effective.

With 77% of consumers engaging with OOH advertising in large urban areas, Netflix is making a calculated choice to spend some of its advertising budget on this medium. It's a medium that presents a large opportunity for brands looking to make a large impact. A report from the Out of Home Advertising Association of America (OAAA) and Comscore — "Consumer Insights: OOH and Online Activation: Advertising, Action, and Ad Spend" — revealed that OOH ads accounted for nearly a quarter (20.1%) of the gross website visits across six platforms (OOH, television, video ads, display, radio, and print), but that it only accounted for 4.1% ($7.35 billion) of total ad spend. TV and video ads account for 68% of advertising dollars spent, yet these platforms generate a similar share of action across the various online actions detailed in the report. It went on to say, "The data suggest that based on these metrics, OOH advertising delivers exceptional value compared to other mediums."

Additionally, with recent privacy updates — such as Apple's privacy changes that have spurred brands and marketers to consider other marketing channels, including direct mail — signage presents a solution to reach consumers and make a lasting impact.