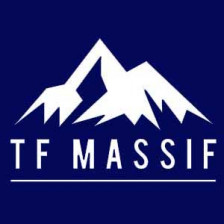 TF Massif Technologies (“TF Massif”), today announced the appointment of Tom Peregoodoff as the company’s new Chief Executive Officer. Mr. Peregoodoff has more than 30 years of international business experience and has held senior leadership roles in both multi-national and small cap companies, and will supersede Judith Stewart who remains with the organization in the role of President. In this role, she will work closely with Peregoodoff to drive the growth of TF Massif and its subsidiary, CAPTIVA Innovations which is commercializing the company’s first technology solution, the Lumière FlexTech Display.

“I am delighted to be joining Judith and the rest of the team at TF Massif.  It is an incredibly exciting time for the company as their award-winning roll-to-roll flex circuit technology is leading the world in the development of cost effective, extra-large flexible electronics that can be utilized in a wide range of industries including aviation, aerospace, automotive and smart architecture. I am excited and privileged to take on this new challenge where I can use my strengths in executing a successful growth strategy in such a dynamic industry,” says Peregoodoff.

“We are thrilled to have someone of Tom’s calibre leading TF Massif as we rapidly expand and build our business. Tom’s international business and leadership experience, technology commercialization and business development skills align with our company vision and we could not be more pleased to have him on board,” says Stewart.

In addition to a strong operational background and capital markets experience, Peregoodoff’s background includes commercialization of proprietary technology, capital raising and merger and acquisition activities. Peregoodoff was most recently President and CEO of Peregrine Diamonds, acquired by De Beers Group in 2018.  Peregoodoff is currently a director of Mountain Province Diamonds; a Toronto based TSX listed diamond mining company, and holds a Bachelor of Science in Geophysics.