The Target Report: As Some Printing Consolidators Grow Up, A New Crop Springs Up 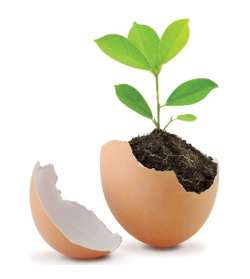 As printing industry consolidators grow, merge, fail, sell out, or otherwise exit the playing field for the acquisition of lower middle market and family-owned companies, new smaller consolidators rise up to take their place, often with financial backing from a private equity sponsor.

Consolidators Grow Up and Leave the Lower Middle Market Behind

CJK has been a very active aggregator of companies in the book manufacturing business (see CJK Goes Global as Cenveo Unwinds – September 2020). Of late, CJK has increased the size and diversity of its acquisitions, most recently with the acquisition of Tweedle Group. The acquired company is itself quite sizeable, with over 500 employees worldwide. Tweedle primarily serves global equipment manufacturers with content management and e-delivery services, as well as printed material, related to technical product support. This follows CJK’s acquisition of Cenveo’s content management business. CJK is no longer simply a consolidator of U.S. book manufacturing plants, the company has turned to hunting bigger game in the related, but distinctly non-print at its core, business of content management.

Other print industry consolidators have exited or are busy with their internal efforts to integrate past roll-ups of roll-ups. For example, the recent combination of Fort Dearborn and Multi-Color Corporation under the new ownership of Clayton, Dubilier & Rice has created a mega-sized label manufacturing conglomeration. (See Packaging Industry Consolidation in Every Direction – July 2021). At the size of this new combined label printing company behemoth, will it make sense to acquire more lower middle market family-owned and managed label printers?

In the folding carton segment, the formerly very active consolidator Multi Packaging Solutions was taken out of the mix in 2017 when it was acquired by WestRock. (See WestRock Affirms Commitment to Paper – January 2017). And for those of us that hail from the commercial printing segment, it seemed like exit purchase multiples dropped two turns the day the music died when RR Donnelley took Consolidated Graphics out.

A New Crop of Consolidators Springs Up

In our most recent annual review of M&A activity in the printing, packaging and graphic communications industries, we noted our expectation that the super-heated acquisition activity in the label business would likely be mimicked by an increased rate of consolidation within the folding carton manufacturing segment. Increased consolidation in folding cartons is now underway.

One player within the folding carton segment has come on slowly over the past five years but has recently stepped up its activity and announced two major acquisitions, one in the US and one in Europe. That company, GPA Global, just acquired Southern California Graphics, a general commercial printing company with a wide range of capabilities that includes a dabbling of expertise in folding cartons, as well as wide format retail display applications. The acquisition is another expansion of GPA’s production platform.

GPA Global has demonstrated that its goal of being an international packaging company is more than just the word global in its name. Only two weeks prior to the acquisition of Southern California Graphics, with financial backing from Sweden-based private equity firm EQT Partners, GPA Global acquired the ASG Print operations in  Pruszków, Poland. The acquired company includes office locations in London, Paris and the Netherlands, with deep roots in the production of high-quality folding cartons and rigid boxes. From its plant in the outskirts of Warsaw, the production facility serves packaging requirements for companies in Europe, the Middle East, and Africa.

The acquired Polish operation of ASG Print was the remnant of Atlas Holdings’ investment in the AGI-Shorewood Group that Atlas formed in 2012 when it acquired Shorewood from International Paper, and merged it with Album Graphics International (AGI) to form ASG. The majority of ASG was sold by Atlas and rolled into Multi-Color Corporation back in 2014, effectively removing ASG from its role as industry consolidator. GPA Global clearly intends to step into that role.

Newly emerging consolidators are cognizant of the importance of how their brand is perceived in the marketplace by the next generation of buyers; corporate mission statements include social concerns alongside statements about product quality and economic value. GPA Global is positioning its own corporate brand as a sustainable and socially responsible packaging company. Established in 2009, the predecessor company to GPA Global was Green Packaging Asia, which had the stated goal of eliminating PVC clamshell packaging that it outsourced to factories in China. The company carries that corporate responsibility message forward to today, with a promise to continually seek to utilize eco-friendly materials and reduce waste throughout the life cycle of the packaging it manufactures. The social responsibility component of GPA Global’s brand position is fostered and supported by donations to a Hong Kong-based charitable fund that works to alleviate poverty, stop human trafficking, and educate girls in China, Nepal, and the Philippines. Along with growth comes corporate responsibility with up-to-date themes and concerns.

As the older more established consolidators are acquired and merged into large enterprise level operations, they often lose their appetite for the lower middle market and family-managed companies. In their place, new consolidators emerge with a fresh perspective. Often watered and fertilized with private equity funding and business expertise, these new consolidators grow via a steady and deliberate stream of acquisitions and offer a viable exit path for private company owners. Formerly privately-owned local or regional players gain the ability and scale to compete on a national or, as is the case with GPA Global, truly on the international playing field.

Oliver Printing & Packaging has also emerged as a consolidator within the lower middle-market segment where many privately held, family-managed folding carton companies operate. Earlier this year, Oliver acquired Boutwell, Owens & Co., a manufacturer of folding cartons and blister cards. Oliver has announced that in December it closed on the acquisition of Professional Image, a manufacturer of folding cartons located in Tulsa, Oklahoma. This latest deal represents Oliver’s fourth add-on since Pfingsten Partners’ initial 2016 investment in Oliver.

Rohrer Corporation, based in Wadsworth, Ohio, announced the acquisition of Jay Packaging Group. The purchased company is in Warwick, Rhode Island and touts internal thermoforming manufacturing in addition to its core expertise in folding cartons. Rohrer recently also acquired Coburn Carton Solutions with two plants in Ohio. Rohrer itself was acquired by Wellspring Capital in March 2021 from Shoreview Industries. Upon its exit from ownership of Rohrer, Shoreview announced that it had grown Rohrer from $67 million to over $200 million in revenue with four add-on acquisitions since its initial investment in the company in 2009. Wellspring Capital clearly intends to pick up the pace and already has two sizable acquisitions under its belt within its first eight months of ownership. Leaving no doubt about its intention to owners of folding carton companies, Wellspring announced its goal to “become the consolidator of choice in the industry.” Mark Hahn is a managing director and founder of Graphic Arts Advisors, a boutique strategic financial advisory and consulting firm focused exclusively on the printing, packaging, mailing, marketing services, brand management, and related graphic communications industries. With more than 35 years of graphic communications experience in the areas of finance, operations, sales, M&A, and general management, Hahn has served as chief financial officer, chief operating officer and other senior positions with several commercial printing companies, as well as founding and eventually selling his own printing company.

The firm assists company owners and management, as well as their lenders, investors and shareholders in the following areas: mergers and acquisitions, sale of business, strategic and financial advisory, capital structure and funding, financial analysis, interim and turnaround C-level management, business valuations and serving as consulting experts. Hahn is the author of The Target Report and is regularly published and quoted in printing industry trade and management journals.

How Did COVID-19 Impact Catalogs?
END_OF_DOCUMENT_TOKEN_TO_BE_REPLACED