What a difference a day makes. Yesterday, I reported that Xerox Holdings and Fujifilm Holdings had reached an agreement whereby Fujifilm will acquire Xerox's 25% stake in their 57-year-old Asia and Pacific Rim joint venture, Fuji Xerox, for $2.3 billion. Their pact also included provisions that Tokyo-based Fujifilm drop the $1 billion lawsuit it had filed in June of last year after Norwalk, Conn.-based Xerox pulled out of a definitive merger agreement between the two companies, which would have given Fujifilm 50.1% control. They also agreed to expand their manufacturing supply chain relationship further, allowing Fuji Xerox to OEM certain products — such as engines for digital printers — for Xerox on a worldwide basis (including the U.S. market).

But that $2.3 billion payout Xerox will receive may not remain in the company's coffers for long. Early today the Wall Street Journal (WSJ) broke a story that Xerox is mulling over a $27 billion (or higher) cash-and-stock offer to acquire HP Inc., a Palo Alto, Calif.-based, fellow iconic-named company with a market value more than three times its own.

According to the WSJ report, Xerox's board of directors discussed the possibility on Tuesday, and any bid would be at a premium to HP's stock price, which had risen to $20.14 this morning based on the news (a 9.35% increase), giving HP a market value of approximately $30 billion. 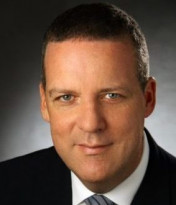 And, to add more credence to the WSJ article, Bloomberg reported that Xerox has lined up a financing commitment from Citigroup Inc. Current Xerox Vice Chairman and CEO John Visentin, the Bloomberg article added, would become CEO of the combined company, and that Xerox anticipates $2 billion in annual cost savings from the proposed coupling due to the elimination of redundancies.

On the digital production printing side of the market, how HP Indigo and HP's PageWide web press inkjet printing operations would couple with Xerox's current digital toner- and inkjet-based product lines would remain to be seen.

One printing industry pundit told me this morning that Xerox — which is credited with inventing the office printing segment — especially seeks HP's office division, which he said has had a hard time breaking into office products that are not found on a desktop. That market segment, he indicated, has been dominated by Xerox, Konica Minolta, and Canon.

Both Xerox and HP Have Experienced Turmoil

As indicated earlier, this latest M&A news comes a day after Xerox ended an almost two-year-long dispute with Fujifilm. Last year, Xerox terminated a deal to be acquired by Fujifilm for $6.1 billion after Xerox's first and third largest shareholders, Carl Icahn and Darwin Deason, who own a combined 15% of stock, filed a lawsuit to block the proposed merger, arguing that the deal undervalued Xerox and that the special dividend payout associated with it was too small. Ironically, as this was all transpiring, I heard some rumors and conjecture in the industry that HP would be a leading candidate to swoop in and acquire Xerox. 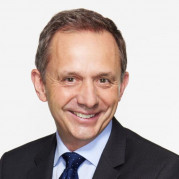 HP Inc. has also been in the news of late. On Oct. 3, new HP President and CEO Enrique Lores announced a restructuring plan that will reduce HP's global headcount of about 55,000 employees by 7,000 to 9,000 workers (13% to 16%), through a combination of layoffs and voluntary early retirement during the next three years. Expected to be completed in fiscal 2022, HP estimated that these actions will result in annualized savings of about $1 billion by the end of fiscal 2022.

The company has reportedly been under pressure due to its shrinking, but once highly profitable, printing supplies business, and subsequent interviews with Lores revealed plans to create a new printer sales model based on a tiered pricing structure whether or not customers opt for consumables contracts with HP.

Whether the Xerox-HP deal ultimately goes through or not, it does show how our industry remains ripe for further consolidation as the market landscape continues to evolve.