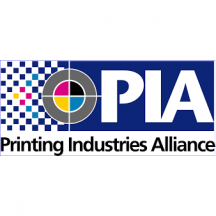 Printing Industries Alliance announced that more early table sponsorships for the Print Drives America Franklin Event were received from Heidelberg, Quantum, Flint and Xerox. The 68th annual Franklin Event will be held in New York City on Thursday June 4, 2020. The new table sponsors join Landa, Blanchard, Dalim, Ricoh, Dow Jones & Company, Canon, Konica Minolta, and LSC Communications. The event’s new venue will be the prestigious Club 101, a private club located in the iconic Kalikow Building located on Park Avenue at the corner of 40th Street. With three full months to go, the event is on track to sell out.

Mercury Print Productions in Rochester, NY has been named the recipient of The Innovation in Print Award. Mercury has a strong reputation for embracing the latest printing technologies to enhance their printed output on behalf of their clients. They will be joined by other Awardees in Champion of Print categories who will be announced shortly. It was previously announced that Tom Quinlan the CEO of LSC Communications is the recipient of the top Franklin Award.  Only the Franklin Award goes to an individual, the other awards go to companies

Sponsorships will be kept at the same cost as in the past.Table sponsorships are available now at a 10% discount if committed and paid by March 16, 2020. Individual seats are now also available.

PrintAmerica Signs On to PRINTING United

HP Signs on as Sponsor of 2021 Wide-Format Summit

The Outlook for Print in 2021
END_OF_DOCUMENT_TOKEN_TO_BE_REPLACED