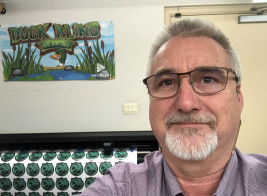 Eric Nazim stands with the new HP Latex 570 wide-format printer and cutter installed by the City of Oklahoma City’s in-plant.

When Eric Nazim started out as print manager for the City of Oklahoma City, his goal was always to grow the in-plant. So a couple of years ago he started making plans to expand into the wide-format market. Unfortunately, the pandemic prolonged the process.

“I wasn’t able to get it done before the pandemic, and it really would have been helpful if we’d had it then with all of the signage,” Nazim says. “We could have done a lot for the city and saved a lot of money, but unfortunately it took a little more time than that.”

In October of 2021, the in-plant was able to finally acquire a 64ʺ HP Latex 570 wide-format printer and cutter. But then he faced another hiccup: ordering substrates. Although the new equipment came in the fall, it was January before he could obtain any material. 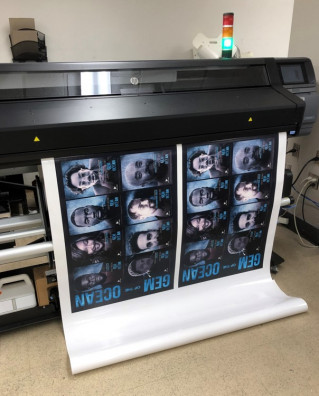 “We didn’t have anyone under contract, and so I had to go through the whole process of getting quotes and trying to figure out how to compare the quotes because nobody could quote the same material, so it took me a long time to narrow the quotes down,” Nazim says. 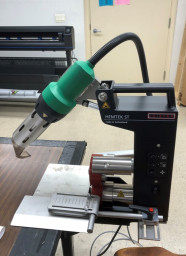 But he didn’t sit idle during this lull; he also purchased a Leister HEMTEK welding machine and a Stimpson grommet press for finishing banners.

With all of the separate pieces together, Nazim says the in-plant is doing a slow roll-out of these new services. He is talking with the city’s Parks and Recreation department among others to showcase what the in-plant can do. The shop just completed its first banner for the parks department, and has also been doing 24x36ʺ posters, as well as stickers and decals such as ID stickers for the Oklahoma City Police Department. Before the new equipment, the largest item the in-plant could produce was a 12x18ʺ sheet. 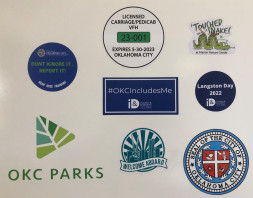 The in-plant is now able to print stickers and decals such as these.

While Nazim is excited about the additional business the new equipment will bring to his in-plant, he’s also hoping to expand his staff, which currently includes two full-time and two part-time employees.

“I always tell people, if we’re not growing, we’re dying, and I want everybody that works here to be able to keep working here and have jobs, and hopefully we can create even more jobs,” Nazim says. “My most immediate goal with this is after we’ve had it for a year and gotten more projects under our belt, to justify hiring another person that’s just for wide-format.” 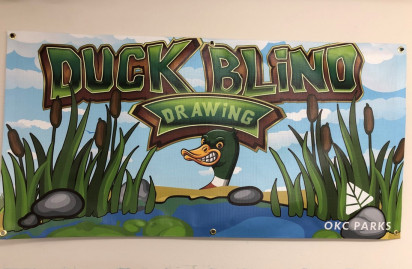 The first banner for the parks department produced at the in-plant.

How Did COVID-19 Impact Catalogs?
END_OF_DOCUMENT_TOKEN_TO_BE_REPLACED