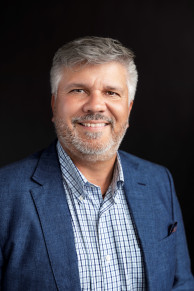 Printing Industries Alliance is proud to announce that Michael Duggal, CEO of Duggal Visual Solutions, has been selected as the recipient of the 2021 Print Drives America Franklin Award for Distinguished Service — the highest honor given an individual by the graphic communications community. The Franklin Award has been presented for over 60 years to renowned political, business, journalism, and communications leaders, for their outstanding achievements and contributions to American society. Past recipients have included US Presidents Harry S. Truman and Dwight D. Eisenhower, former Mayor of NYC Michael Bloomberg, Publisher Malcolm Forbes and Television Anchor Walter Cronkite.

Michael Duggal has propelled Duggal Visual Solutions into one of the largest imaging service providers in the nation. The company was started by Michael’s late father Baldev Duggal in NYC in 1961 and it has grown exponentially under his watch. Today the company has nine facilities; two on the west coast, and seven more on the east coast with its headquarters in Brooklyn, NY. Duggal provides upscale visual solutions for iconic retailers, museums, galleries, sports leagues, venues and corporations around the world.

Named Innovator of the Year in 2020 by Printing Impressions Magazine, Duggal boasts the first HP Indigo 12000 B-2 digital press in the nation and the first to upgrade it with the HD imaging system doubling its print resolution. Duggal was also the first in the world to install the HD LANDA S10. This type of cutting edge technology together with Duggal’s battery of 27 wide-format presses as well as other high- end equipment establishes Duggal as the go-to provider of visual solutions for global brands. Sixteen of Interbrand’s 25 Best Global Brands are Duggal customers.

While 2020 was a challenging year for the print industry, our country and the world at large, few individuals or companies outside of the medical community rose to the challenge the way Michael Duggal and the team at Duggal Visual Solutions did.  When the lockdowns began shutting down our nation in March of 2020, Michael quickly pivoted his company to become an essential manufacturer of Personal Protective Equipment (PPE) for first responders.  Heeding the call from the Governor of NY and Mayor of NYC for manufactures to transform to help produce desperately needed medical equipment the company did not close for a single day and Michael and a team of hundreds of his employees volunteered to still come in during the worst days of the pandemic to produce PPE for their community and country.  Duggal produced over 3 million protective face shields, medical garments, partitions, and intubation units for hospitals and first responders.  To help businesses they produced COVID signage, social distancing floor graphics, sanitizer dispensers, automated temperature screening kiosks and desk partitions for school children.  Praised for their efforts and ingenuity by global media as well as the Mayor of NY, who visited their facility to thank the workforce personally, Duggal was named in September, 2020, one of the Top 5 Companies helping to fight Covid along with Ford, Walmart, Amazon and 3M for its efforts.

Thomas Quinlan, the 2020 Franklin recipient is currently the former CEO of LSC Communications and was the former CEO of RR Donnelley & Sons from 2007 to 2016. Mr. Quinlan has had a long and auspicious career in our industry. He held various senior level positions with Moore Wallace and World Color Press as well as finance positions with Marsh & McLennan and Kidde Peabody. Mr. Quinlan was first announced as the 2020 Franklin recipient in November 2019.

Marty Maloney, Executive VP of Printing Industries Alliance and Executive Director of the Print Drives America Foundation said “this annual Franklin Event is the highlight of the year for those in our industry and the only event where the who’s who of the industry will be found in a single venue. The Franklin event is the most prestigious gathering in what is arguably the most important visual communications market in the world. The pent up demand for this year, should make it sold out so please order your tables promptly.”

This year’s Franklin Event will be special with two Honorees, a new Park Avenue private club venue, a sit-down dinner and a two level atrium foyer for cocktails with music from Jazz at Lincoln Center.

Editorial: Hot Fun in the Summertime

How Did COVID-19 Impact Catalogs?
END_OF_DOCUMENT_TOKEN_TO_BE_REPLACED