Live & Local in San Francisco — What is PRINTING United?

Last week, the Live & Local event series — sponsored by HP — wrapped with its fourth city in four weeks. The event was held in San Francisco at the Chase Center, where the Golden State Warriors played against the Memphis Grizzlies.

What is PRINTING United?

The event, like the three that proceeded it, focused on giving the small number of invite-only attendees an in-depth look at a few specific topics, such as the state of the economy and how that impacts their business, as well as a closer look at the concept of convergence and how it is re-shaping the print industry as a whole.

SGIA already ran a very successful annual trade show, but back in 2018, he said, the head of association, along with the leadership of NAPCO Media and various industry partners, were unhappy with the overall state of both associations in general and industry trade shows. If a shop was in more than one vertical or segment, it had to belong to multiple associations and attend multiple events to stay fully informed, and that felt very unsustainable. And thus the idea behind PRINTING United Alliance was born as a way to bring the industry together and offer a single resource for print — no matter what type of jobs you focus on, what type of equipment you run, or how you define your vertical markets.

Since then, PRINTING United Alliance has merged with several other entities, increasing the value it can bring to all members across the board, including the Idealliance and PIA. Martin noted that whatever a member might need, the Alliance can now provide it, from labor programs that help shops find qualified workers, to in-depth analysis on current events.

In fact, to demonstrate that point, Martin handed out the full text of the Build Back Better executive order that President Biden issued last week mandating that if a business has more than 100 employees, everyone who works there must be vaccinated. “We’re giving you exactly what it is — we got it this morning, before most people in the country because we have people in DC representing the printers. If you’re a member [of the Alliance], this is the type of thing you get,” Martin noted. 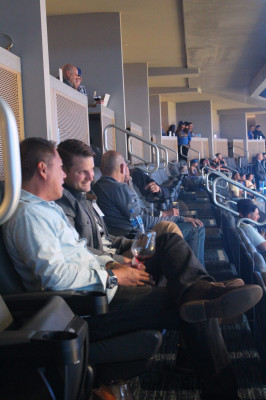 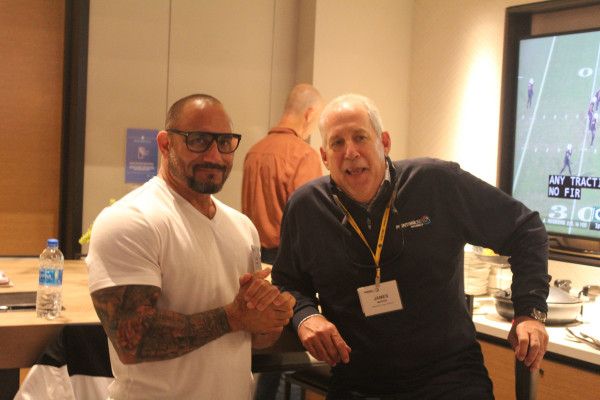 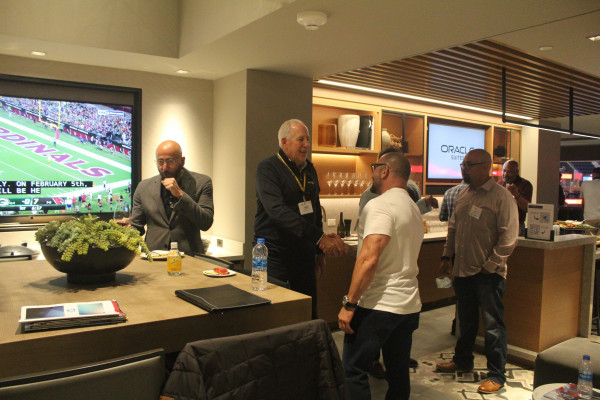 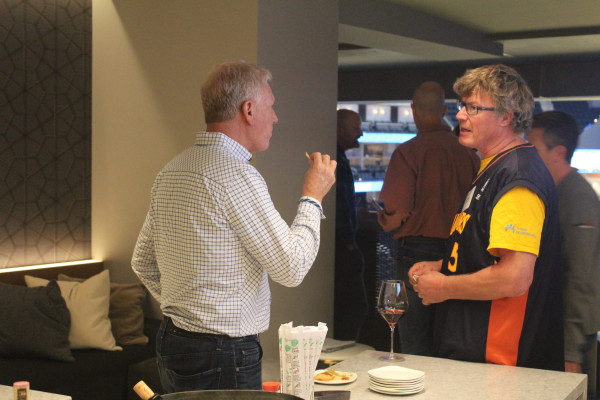 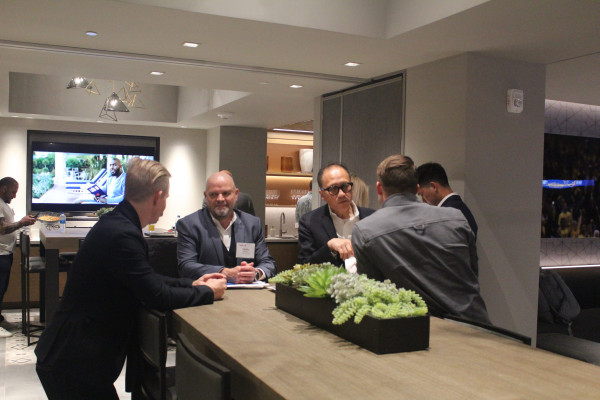 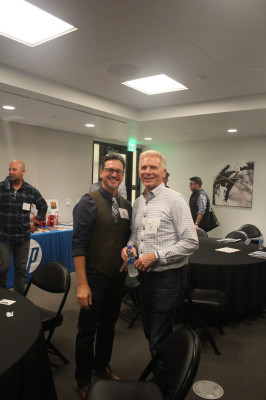 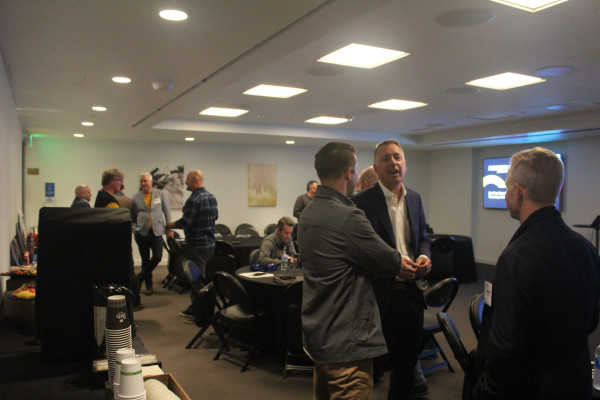 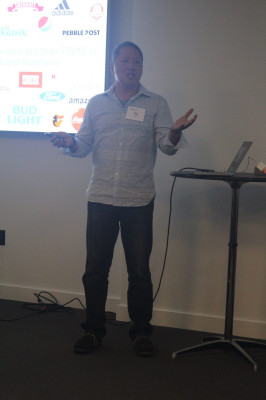 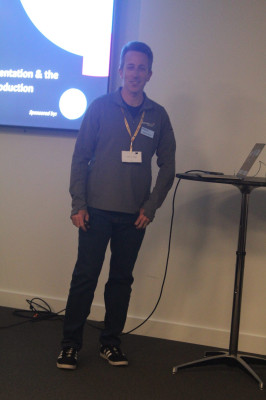 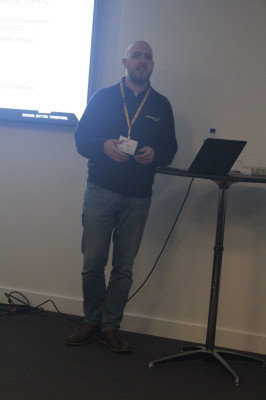 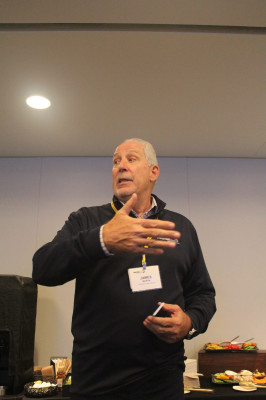 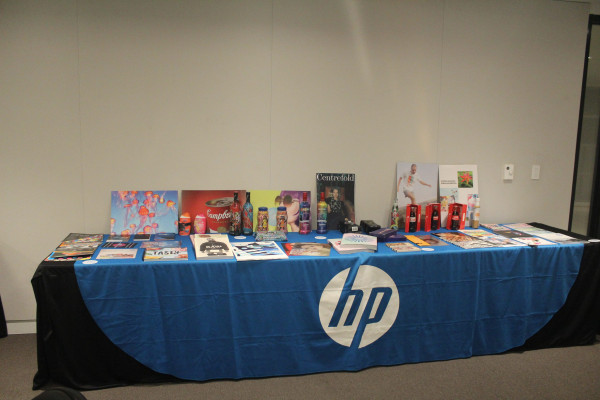 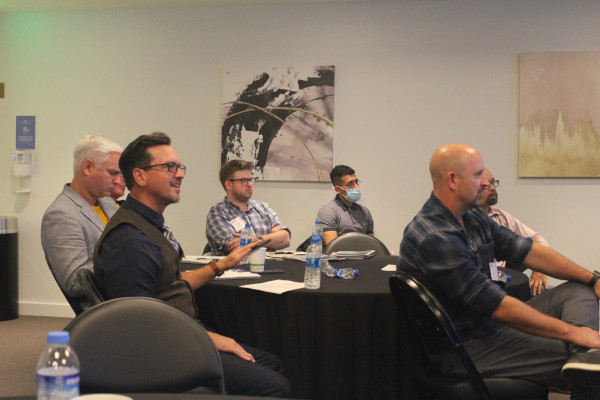 Martin noted that there are three pillars of the PRINTING United Alliance; the first is the association, with everything that entails, but he noted that the second is that media aspect, which brings a unique perspective to the group, and provides a rich tapestry of data and information that can’t be obtained anywhere else.

“NAPCO interacts with 18 million people annually in the U.S.,” Martin said. “Who would know better what goes on than us?” Most printers, he noted, don’t realize just how big the print industry as a whole truly is, but because the NAPCO brands touch every single segment, not only do readers and members benefit from in-depth analysis and information on specific segments and verticals, but it also provides a more complete overview, allowing the Alliance to take a more wholistic approach to the print industry than just focusing on one single segment would otherwise allow.

The third pillar is the events piece — you might have heard of PRINTING United, the large annual trade show that will be in Las Vegas next year, with a projected 50,000 attendees — but the Alliance as a whole puts on more than 35 events every year, including smaller, more intimate events such as the Live & Local series.

At the end of the day, Martin told attendees, the Alliance is “here to represent printers. I’ve been in this business a long time, and I know what I wanted in an association when I worked for companies like Heidelberg and MBO. And that’s what we’re striving to do now.”

Beyond events and data, the Alliance offers everything from tech support, to human resources, to research, to training and education, and even taxonomy. “Did you know the industry doesn’t have a way to describe printers?” said Martin. “When we classify a printer, all the manufacturers do it differently. So we hired a bunch of people — with probably 25 of the most progressive manufacturers on the committee — to figure out how to represent ourselves and put some sanity into this.”

And, Martin ended, all of that is included in a membership which doesn’t cost thousands of dollars a year. In fact, he stressed, it costs just $1.09 a day. “I spend more than that on a bottle of wine sometimes,” Martin joked. The annual membership is $400, making it a great value for the amount of content and resources the Alliance is bringing to the table, he said.

A Taste of PRINTING United Alliance

To give attendees — who all received a complimentary year of association membership as part of HP’s sponsorship of the event — a taste of what they can gain access to, David Wilaj, economic and market research analyst; and Nathan Safran, vice president – Research, both gave short presentations on their most recently released studies.

Wilaj noted that the panel — which includes regular members from all segments of the print industry who participate each quarter to get a more complete, and unbiased, picture of the ongoing health of the economy — is finding that inflation isn’t likely going to be a trend that goes away overnight. “We asked our panel if costs increased this year, and it was an overwhelming yes. The average [increase] was 10.1%,” said Wilaj.

Unsurprisingly, substrate cost increases were the biggest factor, with 85% of participants reporting increased costs, with other factors such as shipping, ink and toner, energy, and labor also seeing increases, sometimes substantial ones, across the board.

Looking out to 2022, he noted that right now, the forecast is for a growth rate of 3.2% for the economy as a whole, which, he noted, “is a heavy dip from this year, but this past year was an outlier since the last recession.” This slower rate of growth, he said, is actually “better than extreme growth in an economy like ours,” since most of the time, to have high growth rates means something fairly extreme had to have happened first, such as what happened in 2020 leading to high growth in 2021.

For the printing industry specifically, he noted that sales are slowly growing, with pent up demand likely to see that trend continue into the new year. “Like with the GDP, we’ll see a return to normal in 2022,” Wilaj said. “But of course, as the economy slows, if we’re not able to pass the increased costs on to customers in the way we would like, we’ll see growth slow. But it will be on the positive side, moving in the right direction.”

Finally, Safran gave attendees a closer look at the most current research study produced by the Alliance — Convergence in Print: A Shift to the New Normal. “The objective,” he said, “is to educate you about what we’re seeing in the industry, and how it applies to you.”

Convergence, he said, is defined specifically by “folks getting into adjacent markets, and diversifying their portfolio to get into new revenues markets.” And while there was a lot of anecdotal evidence to support the trend, this study, he said, was about quantifying it and really identifying the factors driving it. And, he said, one big reason is the explosion of digital technologies.

“It is very challenging to get into new markets,” said Safran, “and digital technology has lowered the barrier. This research will give you a sense of what we’re seeing there.” One point he made was that the opportunity has moved from theoretical to fact, with 93% seeing the opportunity in other segments, and a third already actively expanding into those other areas. A further 39% are actively researching the opportunities right now with a goal to invest or get into new markets. In total, he noted, 78% of respondents to the survey are either considering allocating or have already allocated funds to a convergent market space. “That’s a significant indication of where we are — we’re well along in the process,” he noted.

What does this mean for printers? Safran said that this trend will absolutely continue, with the line blurring between segments. This doesn’t mean, he said, that all processes will need to be under a single roof. It does mean that print buyers prefer to work with fewer vendors, so whether a shop chooses to bring those services in house, partners with other shops, or outsources the work, don’t expect the push toward this business model to slow any time soon.

The night ended with an exciting basketball game, with the Warriors and Grizzlies going into overtime. Ultimately, the Warriors lost by three points scored right at the end of the period, but it made for a thrilling end to a fantastic series of events.

How Did COVID-19 Impact Catalogs?
END_OF_DOCUMENT_TOKEN_TO_BE_REPLACED