Kellogg Community College Print and Document Services had a good six-year run with its HP Latex 330 — but like most good things, it had to come to an end. 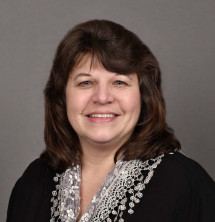 “It was definitely at … its end of life,” says June Lewis, process specialist at the Battle Creek, Michigan, in-plant. “We were starting to have some breakdowns and some issues with it. So, we knew that it was time to start doing some research on replacing it.”

In March, the two-person in-plant installed an HP Latex 700W. One reason Lewis picked that model was because of the limited space in her shop; since the HP 700w front loads, it can be pushed up against a wall to conserve space, she says.

“We also went with it because it required very little training time on our end, because we were already using the same front-end software that came with the new HP," Lewis says. “We didn’t have to do anything different, which made it easier to just switch over.”

Due to a busy graduation season (and an untimely ransomware attack on the college), the staff has not been trained yet on how to build multi-layer files to do double-sided graphics, but that will happen over the summer, Lewis says.

“Typically, what I like to do is get myself and the other staff member trained, and then do a couple of mini test projects in-house, and if all works out well then … we can move on to doing something for our Admissions office, get it out there, do a great job, then get to say that it was all done in-house,” she says.

Aside from double-sided window graphics, Lewis says the shop is utilizing the newer and faster equipment to improve applications it’s already printing, such as parking passes — which will now be easier to see through a windshield thanks to white ink — floor graphics, and window perfs.

“We haven’t changed much of what we offer, but it has made us more productive, which has helped our wide-format business grow,” Lewis says. “And it’s expanding continually.”