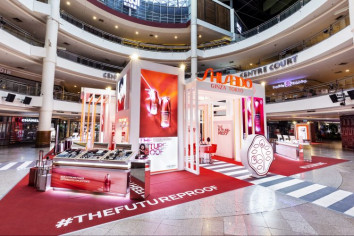 Durst, manufacturer of advanced digital production technologies, has announced that J&A Imaging Station Sdn Bhd in Petaling Jaya Selangor, Malaysia has become the first customer in Asia to invest in a Rho 512R LED production printer. An important factor in the company’s second investment in Durst technology is because brands are increasing needing bigger retail displays to be printed five meters wide.

J&A Imaging, which bought a Durst P10 320R machine six years ago, made a strategic decision early on to concentrate on the large format market, with a particular focus on soft signage. Both production printers have been incredible and the new investment made sound financial sense, according to Jason Chor, owner of J&A Imaging. “All of the previously outsourced work between 3 and 5 meters has been brought in-house now,” he said. “We are saving considerable amounts by printing in-house. The red colors on the Durst 512R LED in particular are an unbelievable quality. The wider benefits are new opportunities for extra international contracts and partnerships with other companies in other countries.”

J&A Imaging, which is celebrating its 20th anniversary this year, is a high-end printer working with retail brands demanding the highest standards. “We wanted to improve our service even further and show dedicated commitment to our own customer base who need high productivity and photo-quality printing,” said Chor. “We are dealing in high-end printing for brands such as Gucci, Shiseido, Coach, Chanel and Maxis Telecommunication Company in Malaysia, and the trust our customers place on us is second to none. We have complete confidence in Durst. It has state-of-the-art equipment and facilities and we get excellent feedback and commitment from the friendly staff. While I am in business, I am sure I will always want to be a customer.” 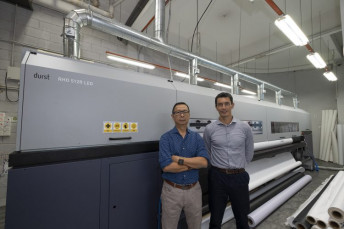 Tomio Kiyose, Durst Group’s managing director, South East Asia, said: “This investment marks a significant milestone for J&A Imaging, which was also the first company in our region to invest in the P10 320R six years ago. It is another example of how growing numbers of companies demanding the very best quality, increasingly rely on Durst to provide technology to match their exacting requirements.”

Durst is a global leader in high-performance printing systems – from image data processing and printing to final product finishing – all from a single source. Employing more than 700 people across the world, its printing systems have integrated modular software solutions, analytics software and optional expansion with prepress and web shop solutions under the motto "Pixel to Output."