Image Options Promotes SVP of Sales and Marketing to C-Suite 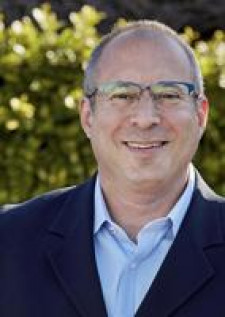 Image Options, a California-based experiential design and fabrication company, has recently promoted Barry Polan to Chief Revenue Officer from SVP of Sales and Marketing in order to allow for the execution of multiple planned growth initiatives.

Barry Polan joined Image Options in February of 2020. Prior to joining Image Options, he served as a Chief Revenue Officer and General Manager of Archway Marketing, headquartered in Minneapolis as well as the EVP of a SaaS technology start-up, Material Bank. Barry graduated from University at Albany, NY with a Bachelor’s of Science and in 2011, he earned his MBA, with a Finance concentration from the University of Redlands.

“Barry joined the company 30 days prior to the pandemic lockdowns and has provided rock solid leadership every day since. We could not have succeeded as we did, during some very difficult times, without Barry Polan. He has been an incredible asset to Image Options. It is my great pleasure to announce that Barry Polan is being promoted to Chief Revenue Officer.” – Dave Bales, Chief Executive Officer.

During the height of the pandemic, Image Options maintained strong revenue by quickly pivoting its manufacturing and sales to critical PPE needs. Now, as national retailers and Fortune 1000 companies see a clear path toward normalization, Image Options has seen business return to previous peak levels. “Barry’s tremendous skill and ability to motivate and drive to action on many simultaneous initiatives, played a major role in our full recovery.” – Bales

In his new role of Chief Revenue Officer, Barry will assume oversight of our client services department in addition to sales and marketing. This increased responsibility will better position Image Options to achieve our aggressive expansion goals in the upcoming year.

How Did COVID-19 Impact Catalogs?
END_OF_DOCUMENT_TOKEN_TO_BE_REPLACED