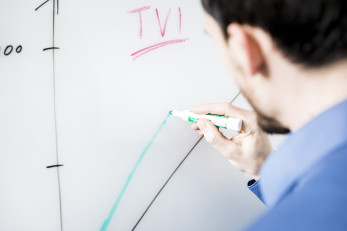 The optimized media library makes it easier to organize materials directly in GMG OpenColor. The previous version already made it possible to save custom media and reuse them later. As of GMG OpenColor 2.3, all customized substrates will be shown at one place and changes to the properties of a media are automatically applied to all projects in which the corresponding media is used. The new feature grants consistency in paper tint, even across different jobs, and with this automation ensures the correct output of proofs. In addition, operators of GMG OpenColor do not have to edit each project manually but can rely on considerable time savings.

The latest version of the award-winning software is also accompanied by an expanded media and color spectrum. GMG OpenColor 2.3 now supports GMG ProofMedia studio OBA semiMatte 200 – a recently released addition to the proof media portfolio. Thanks to its low weight, flatmatte texture, and optical brightening agents, the new media is particularly suitable for all applications using OBA substrates. The new PANTONE inks are also included in GMG OpenColor 2.3. A total of 294 colors have been added to the PANTONE Solid Coated & Uncoated database and are available to GMG OpenColor users after updating.

Murray Davies curves can now be visualized at the same time also as Spot Color Tone Value (SCTV) curves with a single click, making it easier and clearer to correct the dot gain curves. If you want to deepen your knowledge on topics such as SCTV, GMG is the right choice. With its in-house GMG Academy, the Tuebingen based company offers options for further education in addition to its products. According to customs, free webinars and extensive workshops will be part of the GMG Academy program in the coming year.

The Value of Digital Color Certification

Let There Be Light: A Case for Test Environment Lighting