If you were anywhere near social media in the past week, or if you're interested in space-related content, you might have seen that the first images were released from NASA's James Webb Space Telescope, a partnership with ESA (European Space Agency) and CSA (Canadian Space Agency). The results were incredible: a mind-boggling array of color that practically dances in front of your eyes.

One of those images, in particular, was deemed the Cosmic Cliffs, which was described by Webb Space Telescope as:

What looks much like craggy mountains on a moonlit evening is actually the edge of a nearby, young, star-forming region NGC 3324 in the Carina Nebula. Captured in infrared light by the Near-Infrared Camera (NIRCam) on NASA’s James Webb Space Telescope, this image reveals previously obscured areas of star birth.

The images were so breathtaking, NASA decided to engage with Pantone to create color palettes inspired by the images. In a LinkedIn post, Pantone explained the color palettes were brought together to:

... communicate every phase of 13.5 billion years of cosmic history — from within our solar system, to the most distant observable galaxies in the early universe, to everything in between through the language of color. 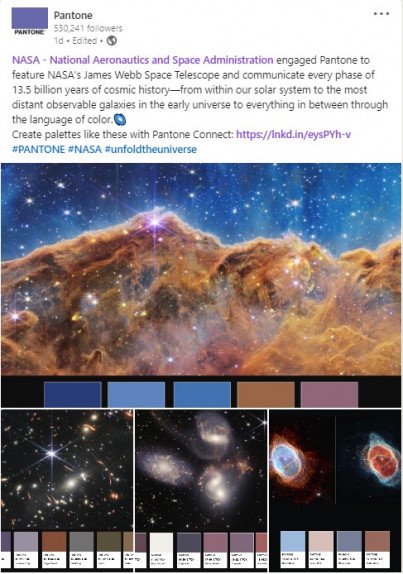 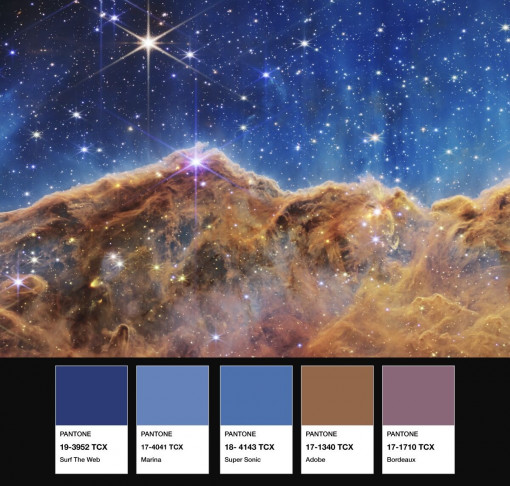 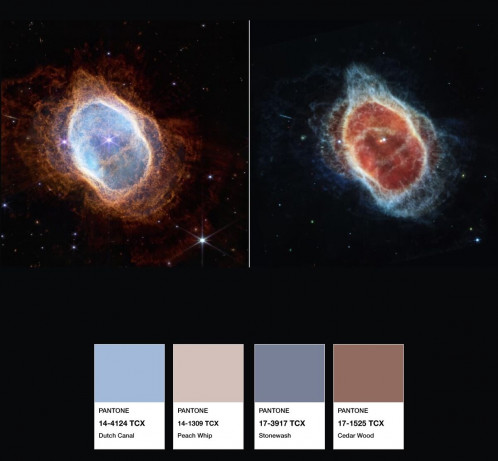 Responses in the comments on the post were mostly positive, with some saying the palettes could be used for color inspiration in fashion and in the home. Thinking about the ground-breaking images in terms of individual colors we can incorporate into our daily lives is a fun and interesting way to bring attention to the monumental in scientific advancement. But, as NASA Administrator Bill Nelson said in a press release, the images represent  something much deeper.

“Today, we present humanity with a groundbreaking new view of the cosmos from the James Webb Space Telescope – a view the world has never seen before,” he said in the release. “These images, including the deepest view of our universe that has ever been taken, show us how Webb will help to uncover the answers to questions we don’t even yet know to ask; questions that will help us better understand our universe and humanity’s place within it."

Making open houses an experience for your clients

How Did COVID-19 Impact Catalogs?
END_OF_DOCUMENT_TOKEN_TO_BE_REPLACED