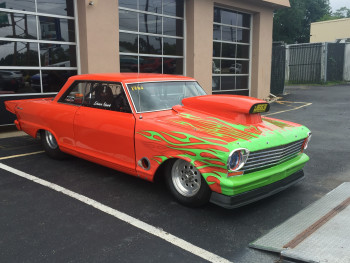 FASTSIGNS of Maple Shade began using SAi Flexi in 2000, and uses the software for a large number of vehicle application projects.

In more than 30 years as a signmaker, Jeffrey Chudoff, owner of FASTSIGNS of Maple Shade, N.J., has witnessed the transformation of vehicle graphics printing. He has been one of those who helped drive the evolution, and SAi (Booth 6424) Flexi was one of the enablers.

In 1985, he began supplying and installing cut vinyl lettering. Initially this was outsourced, but in 1986 he bought his first tangential cutter to bring the process in-house.

“That was the beginning of it all,” Chudoff says. “As wide-format printing for vehicle wraps developed in the early 1990s, I’d put designs on CDs and mail them to Kansas for printing electrostatically. The breakthrough came in 1995, when I bought my first Roland (Booth 4616) inkjet printer.” The company currently has two Roland printers, an XR-640 and an RF-640.

“While the quality of our work was always high, the software tools could be tricky to use, and not suitable for vehicle wraps and graphics,” he explains. “We began using SAi Flexi in about 2000, and the tools it has for handling different file formats, color matching, and efficient management of jobs is great.”

FASTSIGNS of Maple Shade has two subscriptions for Flexi software. “We can afford two because of the price difference for the options. We use one for designs, while the full version is connected to the printers,” he says.

“Flexi has lots of clever features. For example, if you are processing a large number of similar pieces, there are short-cut keys that mean you don’t have to go through drop-down menu options,” he says. “Incorporating photographs and artwork from different sources is easy, and ensures that we get what we design.”

Chudoff also likes the way Flexi’s clean-up tool can be used to separate a logo from a background to prepare graphics for vehicle wraps. “Sometimes people don’t have logo files,” he explains. “We have to scan a letterhead, and work from that. The clean-up tool simplifies the process, and means we can get a result that the customer loves.”

Additionally, he uses Flexi to produce other signage and photographic wall murals, with logos and special effects incorporated. This enables him to exercise creativity, recognize opportunities, and find the best way to produce what the customer wants. 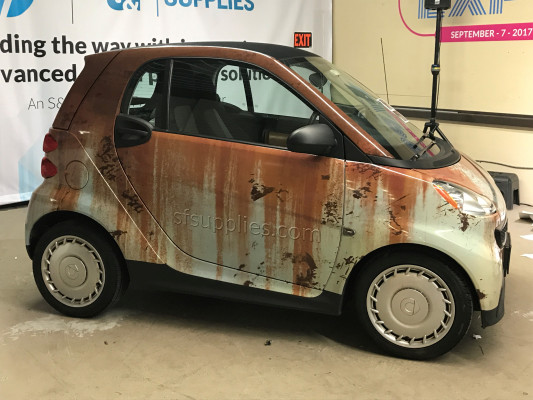 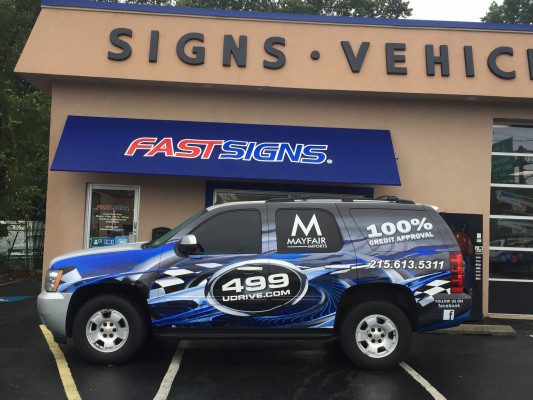 Jeff Chudoff likes how Flexis clean-up tool can separate a logo from a background to prepare graphics suitable for vehicle wraps. 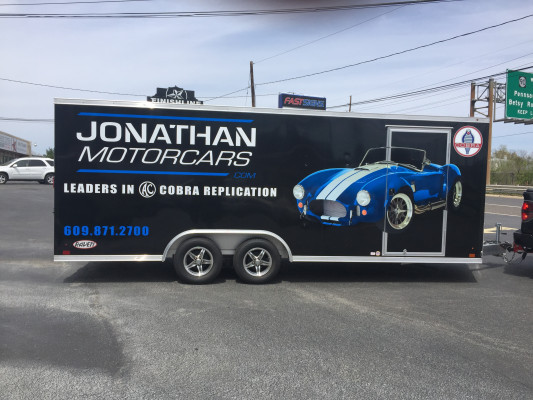 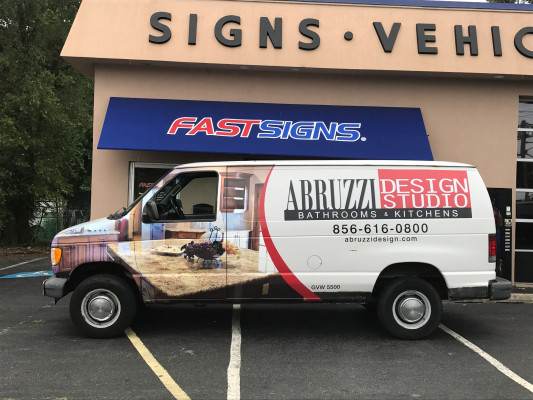 The importance of vinyl

Cut vinyl still accounts for about 40% of Chudoff’s jobs. As in many states, New Jersey requires owner information on commercial vehicles, and the cut vinyl solution is enough.

The state requires the owner’s name and the name of the municipality where his principal place of business is located, and this must be in letters no less than three inches high. Other customers, explains Chudoff, see vehicle wraps as an important tool for their marketing and brand identity.

Chudoff is passionate about the role of the signmaker. “Vehicle wraps have a particular job to do,” he says. “Viewers have about six seconds to take in the information on a moving car or truck. That information should help the process of remembering them. That can be a logo, a graphic, a photograph, or a typeface. The right combination of a photograph with words can mean that it’s 87% more likely to be remembered.”

The right vehicle wrap shop can give advice on the best approach, too. In some circumstances, a partial wrap might be just as effective as a full one, and save the customer money. As a result, he might then be prepared to buy other signage.

Chudoff believes that the industry has come a long way in the last 30 years. In his eyes, color quality and durability, print speeds, substrates, photographic reproduction, and software and workflow development have all contributed to what is a whole new market segment.

Despite the developments, he also thinks the industry needs to keep up the levels of training to ensure younger people learn the techniques of creating quality wraps and installing them properly. “There is now a sophistication in this market that didn’t exist when I began, and it requires a much more professional approach — and it is important to keep the bar high,” he explains.

Having the right tools is part of that picture. “You can tell that Flexi wasn’t designed by boffins in a lab, but by people who are signmakers, who understand how we work and what we need,” Chudoff concludes.

How Did COVID-19 Impact Catalogs?
END_OF_DOCUMENT_TOKEN_TO_BE_REPLACED