drupa Postponed To April 2021 as Coronavirus Continues to Spread 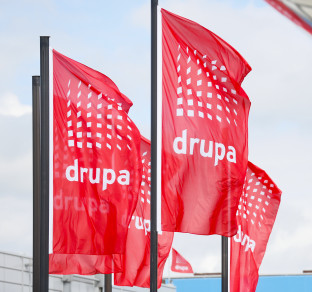 The drupa trade fair scheduled for June 16 – 26, 2020 will be postponed to April 20 – 30, 2021. In doing so, Messe Düsseldorf is following the recommendation of the crisis management team of the German Federal Government to take into account the principles of the Robert Koch Institute when assessing the risk of major events. Based on this recommendation and the recent significant increase in the number of people infected with the new coronavirus, including in Europe, Messe Düsseldorf has reassessed the situation. In addition, there is the general ruling issued by the city of Düsseldorf on March 11, 2020, in which major events with more than 1,000 participants present at the same time are generally prohibited.

"The decision was taken in close consultation with our advisory boards and sponsoring associations," emphasizes Werner M. Dornscheidt, Chairman of the Board of Management of Messe Düsseldorf GmbH. It also reflects the wishes of individual industries: "As their partner, we are currently doing everything in our power to reduce the economic losses suffered by our exhibitors".

"The city of Düsseldorf is following the instructions of the state government. Our aim is to slow down the spread of the corona virus so that the health system can continue to function properly," emphasizes Thomas Geisel, Lord Mayor of the state capital of Düsseldorf and Chairman of the Supervisory Board of the Düsseldorf trade fair company.

Delaying the spread of the virus as far as possible is also a declared goal according to the Robert Koch Institute (RKI). In order to fulfil Messe Düsseldorf's responsibility for risk prevention, the company primarily had to minimize the increased risk of infection at major events. Measures to reduce the risk of transmission at major events, which the Robert Koch Institute has clearly defined – such as ventilation of the venue appropriate to the risk of infection, the exclusion of persons from risk groups and the comprehensive installation of entrance screening, were practically impossible to implement. Also, comparable measures were and are unreasonable in view of the unforeseeable rapid development and the size of the various events with up to 60,000 participants.

drupa president Claus Bolza-Schünemann also agrees with this: "A postponement of drupa was unavoidable after the latest developments. The decision is therefore right and responsible. Many exhibitors start their logistical preparations middle of March – today's announcement of the postponement enables all those affected to react now, reschedule and prepare for the event date in April 2021. The excitement for 'embrace the future' remains undiminished – also in 2021".

In view of the increased risk entailed by a fair with significant international participation, the industry associations also welcome the announcement: "drupa is the most important meeting place for the international printing industry," says Dr. Markus Heering, Managing Director of the Printing and Paper Technology Trade Association of the VDMA. "True to the motto 'embrace the future', it is characterized by personal, international contact and live product presentations. The risk of infection would simply be too high at present. We therefore support the decision to postpone the event and look forward to the date next year.”

The Düsseldorf hotel industry is also sending out an important signal through its umbrella organization DEHOGA (Trade Association for the Hospitality Industry): "We appeal to our members and the entire industry to be flexible when it comes to rebooking by exhibitors and visitors. The Düsseldorf trade fairs such as drupa play an enormously important role for the city, the hotel industry and the catering trade. It would be counterproductive not to show goodwill in this situation,” as both DEHOGA-Representatives Giuseppe Saitta (Chairman Düsseldorf/District Group Rhein-Kreis Neuss) and Rolf D. Steinert (Düsseldorf/Rhein-Kreis Neuss Hotels and Tourism Group) emphasize.

Werner M. Dornscheidt is pleased about the general consensus and encouragement in this special situation: "We would like to thank all partners for their excellent cooperation in making these difficult and time sensitive decisions. We are pleased that together dates were found so quickly in order to provide all those affected with reliability in planning.”