Cowan Graphics: The True Definition of a Family-owned Business

While it may be one of the largest printing companies in Canada, Cowan Graphics never lets its love for its employees slip through the cracks.
By Gabby Houck
Facebook Facebook Twitter Twitter LinkedIn LinkedIn Email Email 0 Comments Comments 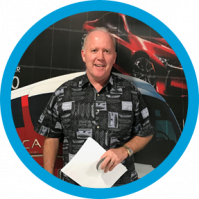 With bigger businesses, it’s easy to lose that close, family-like feel to the workplace. However, that won’t be happening on Blaine MacMillan’s watch. Even with more than 100 staff members under his supervision, he sends out a personalized birthday card to every single one of his employees. He’s done it every year for more than 30 years.

“I'm proud of it because I'm very blessed with the comments that come back from my staff,” MacMillan says.

Keeping it in the Family

For MacMillan, Cowan graphics is all he’s ever known. He started working there with just half-days in the summer as a 13-year-old boy. Now, he’s the President and CEO. 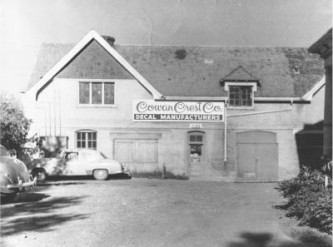 MacMillan says the company is the true definition of a family-owned business. It was founded in 1945 by MacMillan’s aunt and her husband — originally called Cowan Crest Company after Bud Cowan. The company first specialized in printing lacquer transfers for vehicles, which is pretty much the very early stages of what is better now known as the decal.

Then MacMillan’s father bought half of the company in 1969, and the remainder in 1977. In 1985, his father passed away, leaving the company equally to the kids and MacMillan’s mom. In 1996 MacMillan bought out most of his siblings, and in 2008 he bought out the company entirely and has fully owned Cowan for 13 years — selling just a small portion of the business to his son and a key employee. Essentially, Cowan has remained in the family for more than 75 years.

Since its founding, Cowan Graphics has become one of the largest digital and screen-printing companies in Canada, with locations in Edmonton, Calgary, Saskatoon, and Toronto. Its head office in Edmonton boasts a 150,000 square foot facility with an in-house graphics design team, cutting-edge digital and screen print equipment, a fabrication shop, and an extensive finishing & quality control department.

MacMillan says that 40% of Cowan’s business is derived from vehicle graphics, 30% is display graphics, 20% is architectural work, and the last 10% comes from events.

Getting Through the Pandemic

Although they have become a large printing company with 150 employees and generating $25 million in revenue, MacMillan still considers Cowan to be of the “mom-and-pop” nature.

Even with the success Cowan has now, like most industries during the COVID-19 pandemic, the company had to pivot. They didn’t close, but MacMillan admits he did question if the company could survive. It was March of 2020 and he had just reduced his staff by 20% when he reached out to a colleague in California who advised him to start printing face shields.

“I called Brian Hite from Image Options thinking maybe I could do some printing for him or assist in some way, and I was worried he might’ve closed but he said, ‘no Blaine we’re open, we’re hobbling but we started to build face shields,’” MacMillan says. “So, he sent me a visual and I thought to myself ‘gosh this might be the only product we have to sell.’”

MacMillan says from there he quickly reached out to his supply community and purchased enough product to manufacture 100,000 face shields – two and a half weeks later, Cowan had sold 1.4 million face shields to the market. MacMillan says that at a certain point, they were manufacturing up to 50,000 shields a day.

While it was out of their comfort zone, the production of face shields helped MacMillan bring his employees back to work.

“That was a huge pivot for us, and it really helped for me to bring back all of my staff, and since that time, right up to today, I have not laid off one staff member,” MacMillan says. “Here we are, you know a year and a half later, and we've been able to stay open and our staff has stayed safe, I’m very very proud of our family here for the conviction they’ve shown.”

MacMillan says that it’s the conviction his staff has shown that has made it easier for him to invest in them by not laying anyone off or sending anyone home. Even though Cowan has had slow periods of business, MacMillan likes to keep everyone together and working, and to him, his staff is worth it.

Looking Towards the Future

As Cowan looks toward a post-pandemic future, MacMillan is looking forward to one thing in particular: Change.

“Change creates opportunities, and I think things have been very stagnant the past few years. So, I’m excited about the prospect that companies might want to rebrand,” MacMillan says.

Right now, Cowan is operating at about 60% capacity, but as more opportunities present themselves, he is confident that Cowan will ramp up quickly for the occasion. As part of that “ramp-up” Cowan has invested in dye-sublimation technology.

“We've placed dye sublimation on rigid substrates. So that's products [such as] Chroma Lux supplies. Dura Lux is another company. So, we're excited about that. We’re also dye sublimating on fabric, and we've invested almost three-quarters of a million dollars into that technology,” MacMillan says.

In the last 10 years, MacMillan says he’s seen a slow increase in the growth of fabrics, and because of that Cowan has also recently invested in the dye sublimation on soft materials, and he says he is excited about where those sorts of opportunities will take Cowan.

Even after more than 30 years in the print and graphics industry, MacMillan still goes into work every day excited about what’s going to happen next.

“You need to do what you’re enthusiastic about, and luckily I’ve stumbled upon an industry that’s dynamic and everchanging. I’m very honored to be a part of this industry and I’m proud of the work we’re doing here at Cowan,” MacMillan says.

The Luck of the Draw

How Did COVID-19 Impact Catalogs?
END_OF_DOCUMENT_TOKEN_TO_BE_REPLACED