Be Prepared for A Tax on Printed Goods 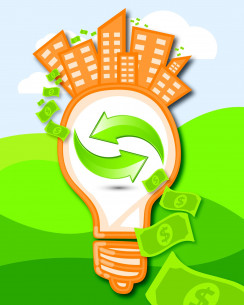 Due to a sustainability tsunami that hit the world in 2018 with National Geographic launching a campaign to reduce waste from plastic products, and China’s implementation of its Blue Sky program banning imports of waste for recycling, a disturbing trend is emerging at the state legislative level. In addition to imposing mandates to use a specified amount of recycled materials in products — or even bans on the use of certain single use products (e.g., plastic bags, straws, etc.) — implementation of Extended Producer Responsibility (EPR) programs are being considered. EPR programs are designed to shift the cost of waste management from local governments to producers.

EPR programs have been implemented in other product categories with mixed success. The new approach being considered expects manufacturers and importers of all types of printed products to bear responsibility for the environmental impacts throughout the product’s lifecycle. You may have heard of Bottle Bills or Container Deposit Laws — these are EPR programs that force the manufacturers of the beverage containers to share a portion of recycling costs with retailers and redemption facilities. States are now considering adoption of similar programs for packaging, packaging waste, as well as other printed materials such as direct mail pieces, magazines, and newspapers. And make no mistake: this will be in the form of a tax on the producers of these printed pieces. So why the increased attention?

China's “National Sword” or Blue Sky policy banned or imposed strict limits on the import of most plastics and other materials headed for that nation's recycling processors, which handled nearly half of the world's recyclable waste for the past quarter century. This resulted in the loss of recycling outlets for many municipalities and states that relied on China’s capacity for accepting recyclable materials.

Since the market for recyclables virtually disappeared for many, some states and local municipalities stopped collecting plastic waste, as the infrastructure in many areas is not present to recycle the materials. As a result, municipalities had to now pay to dispose of this waste, as opposed to being paid for it. Therefore, state governments began to turn their attention to the adoption of additional product stewardship or EPR programs.

These programs adopt advanced recycling strategies that require manufacturers of the identified product stream to share economic responsibility for the safe collection and recycling or disposal of their products and packaging. It is important to note that while the goal of these programs is to shift the costs of recycling and disposal from taxpayers to producers, ultimately they result in higher costs to the consumers.

In 2019, Maine’s State Legislature passed a “Resolve to Support Maine Recycling Programs,” which directed the Maine Department of Environmental Protection to develop legislation to establish an extended producer responsibility law for packaging sold in that state. This legislation was introduced in 2020, however, due to the pandemic the legislature adjourned before action could be taken. We do expect to see it resurface in 2021. Their conceptual model would establish a cost share program that internalizes the cost of municipal management of end of life packaging within the purchase price of the product, and provides incentives for producers to use less packaging, as well as packaging that is more recyclable.

Most recently, Vermont’s legislature is considering a bill to direct its Office of Legislative Council to develop language for an EPR program. However, unlike Maine, the language is to include a definition of printed material that includes, at a minimum, newsprint and inserts, magazines and catalogues, direct mail, office paper, and telephone directories. And the proposal clearly identifies the manufacturer —the printer — is the party ultimately financially responsible for collection and recycling or disposal of packaging and printed material.

This issue is not only in the United States, but Canada as well. The province of Ontario shifted the costs of its EPR program from municipal taxpayers to producers of products and packaging collected through its Blue Box Program. The province is developing a regulatory structure that will support the new producer responsibility framework. It is anticipated that the Blue Box Program will transition to EPR in phases over a three-year period, with the first transfer taking place in January 2023.

The most controversial and hotly contested 2019 debate has been in the California Legislature on the California Circular Economy and Pollution Reduction Act. The Act would establish a comprehensive plan to “reduce and recycle” 75% of single-use plastics by 2030 through a phased approach. Manufacturers of single-use plastic packaging or products distributed and sold in California would be required to show a recycling rate of at least 30% by Jan. 1, 2026, at least 40% by 2028, and 75% by 2030.

And finally, there is also movement within US Congress on this issue. The “Break Free from Plastics Pollution Act of 2020” has been introduced in the U.S. House of Representatives. The bill would require suppliers to design, manage, and finance programs for end-of-life management of their products and packaging as a condition of sale. It is expected that these programs would cover all products in a given category, would also help cover costs of waste management and clean up.

This issue is far from being resolved, and, at this point, it is unclear what the final resolution will be. Expect to say, that any EPR program that is adopted will create a program that requires all producers, including printers, to pay a portion of the costs associated with the final disposal of their products, either as a waste stream or through recycling.

Stay tuned – we are on a roller coaster with this one.

Marcia Kinter is the Vice President, Government & Regulatory Affairs at PRINTING United Alliance.  Ms. Kinter oversees the development of resources for the Association addressing environmental, safety & health, and sustainability issues.  She represents the printing industry, as well as their associated supplier base, before federal and state regulatory agencies on environmental, safety and other government issues directly impacting the printing industry.

In 2008, Kinter, in conjunction with colleagues from other printing trade associations, was instrumental in launching the Sustainable Green Printing Partnership program. The SGP Program is a registry system for printing facilities that includes third party verification. The program successfully launched as an independent organization in August 2008.

Kinter is a member of and serves as Secretary for the Academy of Screen Printing Technology. In 2001, Kinter received the William D. Schaeffer Environmental Award for significant advancement of environmental awareness in the graphic arts industry.

Before joining PRINTING United Alliance, Kinter worked for The American Waterways Operators, Inc., the national association for the barge and towing industry.

She holds bachelor’s degree in urban planning from the University of Maryland, College Park, and a master’s degree in public administration from George Mason University.

How Did COVID-19 Impact Catalogs?
END_OF_DOCUMENT_TOKEN_TO_BE_REPLACED